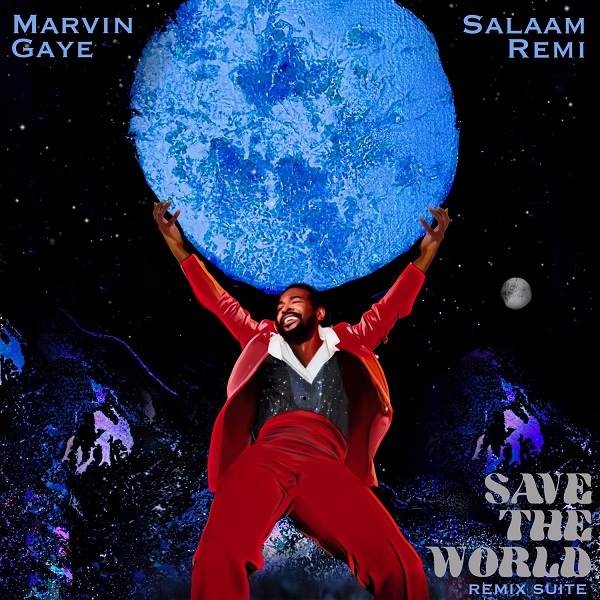 The celebration of the 50th anniversary of legendary Marvin Gaye’s iconic album “What’s Going On” continues as Motown/UME releases the “Save the World: Remix Suite” EP produced by Salaam Remi.

“Marvin Gaye has been my favorite artist as his 70s LPs are unmatched as singular bodies of work. It was an honor to be able to look at the What’s Going On LP and to be able to create a remix suite to sit next to it. This is a dream come true. LoveLiveMPG.”

Remi was largely influenced by Marvin Gaye over the course of his career and d took this opportunity to reimagine these timeless songs. He shifted focus onto “Save the Children,” and the B-side “Sad Tomorrows,” an early version of “Flying High (In the Friendly Sky),” as well as the timeless holiday cut, “I Want to Come Home for Christmas,” and an unreleased Marvin Gaye instrumental, “No Need,” taken from the “Sad Tomorrows” sessions. He also went a step further and contributed visually to the remix suite, creating a celebratory illustration for the album cover art.

1. Save the Children (SaLaAM ReMi Remix)

3. I Want To Come Home For Christmas (SaLaAM ReMi Remix)

In January 2022, Motown/UME will release the original What’s Going On album in a 2LP, 180gm anniversary edition, with the main album mastered from analog for the first time since its original release, and an additional disc including all mono single mixes plus four rare cuts making their vinyl debut.