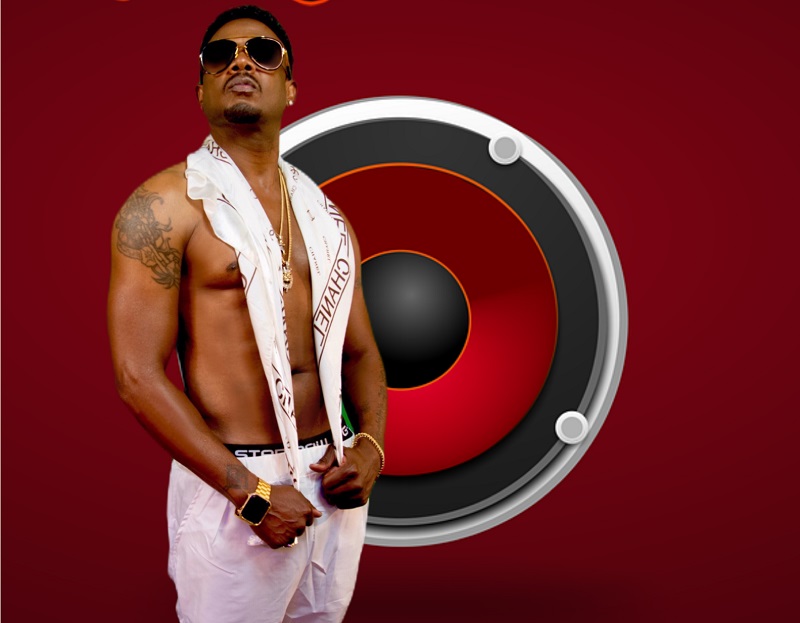 We sat down once again with Mr. Dalvin from the legendary R&B group Jodeci to discuss his new single “And I”. The singer/producer has been hard at work over the past year with solo material as well as his new label K.A.M.P. MUZIK. We talk to Dalvin about his plans with the labels and of course talk about Jodeci’s history. We also talk to him about some of the label politics that Jodeci had to deal with on the last album “The Past, the Present, the Future”.

YouKnowIGotSoul: Talk about the new record “And I”. It feels like a Jodeci record because of the big harmonies and production

Mr. Dalvin: I wrote it a while back, but I kept revamping it because I kept hearing different things. I stacked the harmonies different. If you hear the original version, the harmonies were mellowed out. Now it’s a little more intricate with more notes. I took a smoother approach with the song and made it more meaningful.

YouKnowIGotSoul: Over the last couple of months, you’ve been releasing a lot of music. Talk about your approach when releasing music now because it’s different than what you did in years past when you would put something out and then disappear for a bit.

Mr. Dalvin: I had a different team of people. Now I have my assistant who is a huge inspiration. She makes me take this K.A.M.P. MUZIK thing seriously and start producing music. Before, I had to take my time and it had to be on everyone’s direction. Now I have the independent freedom to do whatever I want. We just put our heads together and come up with song and video concepts. I have a whole catalog of records and I’m having fun doing what I’m doing because it’s 100% my creative freedom. I might release a heavy metal song next week and I can do it. My range of musical knowledge goes far beyond R&B. “And I” is not strictly R&B because there’s a rock guitar that comes at the end of the second verse. I’m just having fun taking what I brought in Jodeci and expressing it on my own. A lot of people don’t know the elements that I put in Jodeci like the structure in harmonies. Now I get a chance to really show creatively what my input was.

YouKnowIGotSoul: What else do you have coming up?

Mr. Dalvin: As far as us going forward, K.A.M.P. MUZIK is going to have artists under the umbrella. It’ll be rappers and singers and I’m just interested in talented people and people who are willing to work and grind. That’s what I’m looking forward to. I just want to keep releasing records and possibly there will be an album coming soon from me. I also have a lot of remixes coming soon too.

YouKnowIGotSoul: One thing we love is that you continue to push the Jodeci brand. What does Jodeci mean to you at this point?

Mr. Dalvin: I tell the guys in my group all the time, we built a mansion and we just moved out and left all the furniture. Everyone is getting rich off it except us. We just built this magnificent house and then we checked out. I love Jodeci. It’s my brand and I will never try to get away from it. No matter what I do solo, I will never leave my foundation. I’m building houses on the foundation that Jodeci laid for me and that I helped create. I’m the biggest fan of Jodeci. At the end of the day, I love everything good and bad that we had and will continue to have. We changed the world with something that we created.

YouKnowIGotSoul: Jodeci’s debut album came out 30 years ago. Does that feel like another life time ago?

Mr. Dalvin: Wow! It really does.

YouKnowIGotSoul: What was the mindset of a young Dalvin at that time? You guys didn’t have the information that we do today about the music industry.

Mr. Dalvin: When you believe in yourself, you have to bet on yourself. You have to believe it’s going to the best outcome that you can imagine. We had in our head what we hoped for would happen and we prayed on it. It actually happened for us because it was meant to be. Sometimes you have to understand what your destiny is. A lot of people think that we were an overnight success but we weren’t. We struggled bad. We wanted to give up but we didn’t. You have to come to the brink of disaster in your thoughts before you realize that you have to hold on for longer. Just when you want to give up, sometimes there’s just one more step and people aren’t willing to take it.

YouKnowIGotSoul: Do you remember a time that was really tough for you guys?

Mr. Dalvin: You go from living in middle class sub urban and then you’re living with roaches and rats. That’s a culture shock. I was living at my mom’s and I was able to get whatever I want from the fridge to not eating for days. We didn’t give up though, we stayed the course.

YouKnowIGotSoul: Who kept it together during those tough times early on?

Mr. Dalvin: I have to say it was me. *Laughs* I remember K-Ci & JoJo bailed and left me in New York by myself. They came back but they left for North Carolina for a minute. I think my brother bailed too, but I’m not 100% sure. I just remember being by myself a lot in New York City.

YouKnowIGotSoul: Talk about what that process was like for you in the beginning when you were figuring out your role in the group.

YouKnowIGotSoul: How did that role evolve over the years?

Mr. Dalvin: The misconception people have is that if you look at the small print, you can see that I was doing additional production. You can equate it all to basketball. I was getting the assists on that first album. On the second album, you can see that I produced half of the album. Like I said, just because I didn’t shoot the ball doesn’t mean I couldn’t. By the third album, I was shooting all the time. You can see how it evolves into where I am at today. I didn’t need to shoot on the first album. Now they pass me the ball all the time, so that’s how I look at it. If you look, my name got longer on every album.

YouKnowIGotSoul: I feel like you and Devante really developed the Jodeci sound on “Diary Of A Mad Band”.

Mr. Dalvin: It was cool because Devante told me to go get my own studio and he had his own, so we were able to think different. He came up with the concept of the album and he gave it to me. We were in two studios and he was like “We’ll just bounce around studios”. We didn’t want to confuse what we were thinking. It kind of worked out that way and he was like “Whatever doesn’t work, we’ll just scrap it”. We both did a bunch of records that didn’t make it because it didn’t fit the concept of the album. I actually introduced Missy Elliott on “Won’t Waste You”. Nobody had heard her before, she was the female rapper on the song. That was the first rapper we had ever put on a song. My brother then used Redman on one of the songs.

YouKnowIGotSoul: Take me through your relationship with Devante in the studio.

Mr. Dalvin: He’s the captain of the ship, so I can only argue with him so much. You let him say what he has to say and you gotta learn how to make sense of it. We used to argue a lot about production. You let him feel like he’s right and then you doubleback on some stuff and he’ll listen. In the beginning, it was hard because we bumped head and we weren’t getting anywhere. We wouldn’t budge and studio days would stop. He’s my big brother though, so I let him have it most of the time. *Laughs*

YouKnowIGotSoul: The work you guys did on “The Show, the After-Party, the Hotel” was kind of the early stages of what Timbaland would end up doing with Ginuwine and Aaliyah a year later. How did you and Devante know that was where you guys needed to go musically?

Mr. Dalvin: Actually the concept was us being on tour. It was things we do everyday on the road. We always sit down with a concept first. Even the interludes, everything tied together from the beginning of the album to the end. When we started making the beats in the studio, sometimes it was by mistake and sometimes it was on purpose.

YouKnowIGotSoul: It’s crazy because your camp actually had “Pony” by Ginuwine in the vault for two years before it actually came out.

Mr. Dalvin: Static wrote that song as a Jodeci song. It was supposed to be for Jodeci and Devante was like “That fits Ginuwine” because our voices were too soulful for that song. “Pony” was a little poppier and it worked for Ginuwine, but it sat for a long time.

YouKnowIGotSoul: You’ve talked in the past about not liking the last Jodeci album “The Past, the Present, the Future”. Why don’t you like that album?

Mr. Dalvin: To be honest with you, I feel like people just saw an opportunity to make some money using our brand. It wasn’t really what you would have got from jodeci. Everybody saw an opportunity to collect some money using bits and pieces of stuff that we put together. It wasn’t anything I would take credit for except co-writing “Every Moment” with my brother. It wasn’t a Jodeci album to me. it was someone thinking they could make Jodeci with fragments of stuff that we had laid down. It was what they thought Jodeci was. Me and Devante weren’t locked in the studio though, so it wasn’t a Jodeci project to me.

YouKnowIGotSoul: The weird thing about the album is that there are co-producers aside from yourself and Devante that I don’t even recognize.

Mr. Dalvin: I don’t recognize them either. *Laughs* I was on a call with someone one day and they were like “I produced on your album!” and I was like “Who are you?”. He said he did “Jennifer” and we actually did that song 25 years ago, so there was no way he made that song. But his name is in the credits, so he wasn’t lying. It was a disaster to me.

YouKnowIGotSoul: You guys are veterans in the game, so how did that happen to you guys? Is that just how the industry is today?

Mr. Dalvin: The industry has always had pitfalls. It’s happened to the best. If you look at The Temptations back in the 1960’s, they had white people on the album cover. People always try to find an angle to try to manipulate what it is that they’re trying to profit from. It doesn’t matter how big you are. When people see a way to make money off your brand, they’ll find a way to do it. You may consent to a small portion, but they’ll turn it into something humungous without you knowing.

YouKnowIGotSoul: What was the conversation like with the group after the release of that last album?