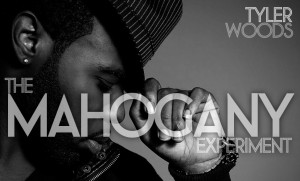 Emerging R&B star has been releasing songs over the past few leaks and those have all led up to the release of his debut EP “The Mahogany Experiment”.

All of the songs on the album were produced by 9th Wonder except for the single “Lost In Your Love”. The project features guest appearances by fellow Jamla Artists Big Remo and Heather Victoria, as well as Talib Kweli, Styles P, and Hos.