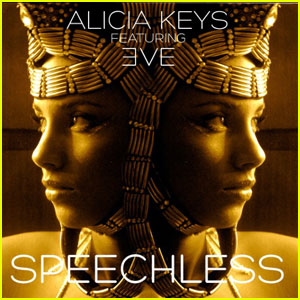 This track was released as a part of Swizz Beatz “Monster Mondays” and was described on Twitter by Keys as “Speechless is a little freestyle treat 4 the holidays. It’s not a new album, not a single its something special 4 U!”