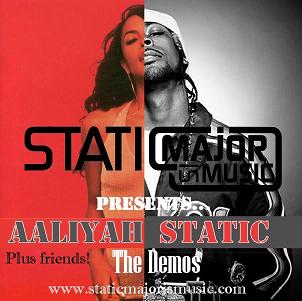 Both of these demos that Static did for Aaliyah have been in the archives until just recently when we got the world premier. For the new version of “More than a Woman,” as the story goes, Static felt he could do something even bigger with over that beat but Aaliyah decided to go with the original version. Very cool to hear.