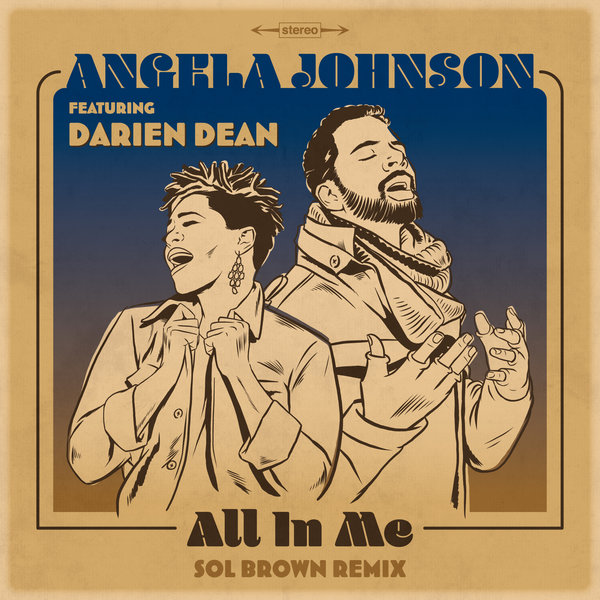 Singers Angela Johnson and Darien Dean revive their classic song “All In Me” with a new remix produced by London based producer Sol Brown.

The song originally came out in 2010 and reached the #1 spot on radio at WHUR-FM. Johnson adds:

“After working on a previous track with Sol, I felt like he was the one to breathe new life into “All In Me.” He had the right approach. He really listened to the song and created a remix that can take on a life of it’s own. He nailed it!”

Sol Brown states about the remix:

“There’s something extra special about working on a duet, but even more so when it happens to be with 2 amazing vocalists – Angela Johnson and Darien. Some of you may recall that the original version of this track came out on Angela’s highly acclaimed ‘It’s Personal’ album in 2010. I had always been a fan of that record, so to say that I was over the moon when Angela approached me to remix this track was an understatement… “