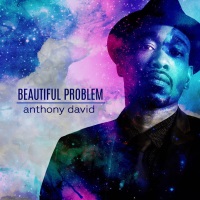 Soul singer Anthony David has just released his brand new single “Beautiful Problem”. The new song finds him crooning about the good and bad of a relationship all at the same time, and his raspy vocals are fresh as ever.

The new single is from his upcoming album “The Powerful NOW” which has yet to be given a release date. The last album he put out was “Love Out Loud” nearly four years ago in 2012, so we’re due for a new project. The “Love Out Loud” album yielded the singles “Jaded”, “Sweet Pain” and “Can’t Look Down”.