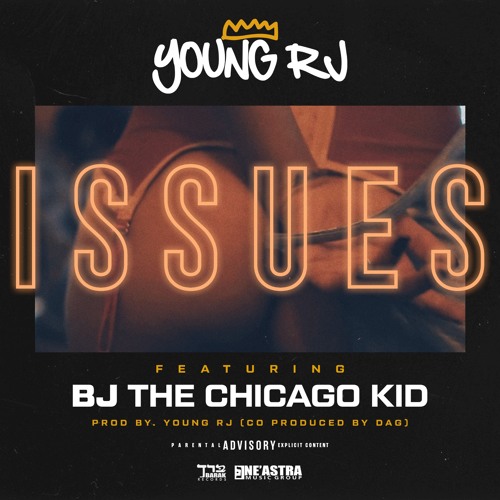 “Issues” is a creative collaboration between two artists that share a similar artistry and background. The pair previously collaborated together on “Expressive,” which was included on Slum Village’s YES album and the duo link up again as RJ delivers thought provoking lyrics with ‪BJ the Chicago Kid finessing the track with his soulful vocals and paint a picture of our current political climate, inner cities, and of course… personal inner demons.

“Issues” is the third single from RJ’s forthcoming, Blaq RoyalT, which is slated to be released on 10-10-17.

As always, Young RJ is setting the bar high for himself and the artists which will appear on Blaq RoyalT (BJ The Chicago Kid, Pete Rock, Boldy James, De La Soul, Lucas Joyner etc) and creating his own undeniable wave.