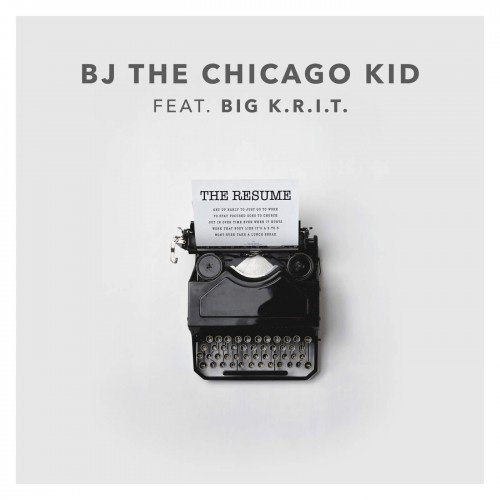 R&b/Soul singer BJ the Chicago Kid has just releases his new single “The Resume” featuring rapper Big K.R.I.T. The song is the latest release from his upcoming Motown Records debut album “In My Mind”.

BJ the Chicago Kid continues to make an impact as one of the top emerging artists in r&b. He enhanced his profile with his prolific feature on Schoolboy Q’s single “Studio” and then came back with lending his vocals to two songs on Dr. Dre’s album “Compton”.

After releasing his debut album “Pineapple Now Laters” and various mixtapes, including his latest “The M.A.F.E. Project”, he’s fast approaching the new album “In My Mind”. The album is set to release in early 2016. BJ is also currently promoting the single “Church” featuring Chance the Rapper which he also released a video for.