New Music: Brian Owens & The Deacons of Soul – For You (featuring Michael McDonald) 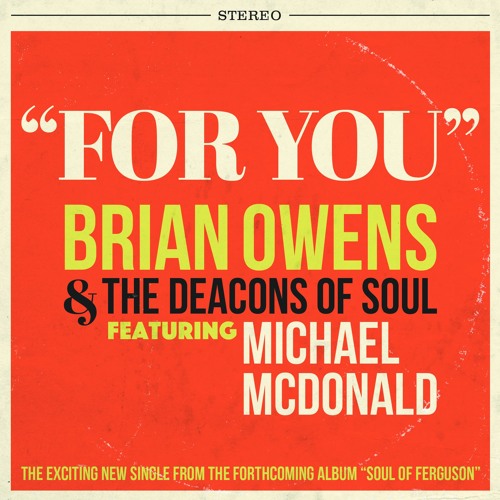 Brian Owens & The Deacons of Soul have just released their new single “For You” featuring Michael McDonald. Produced and penned by Owens himself, “For You” is the lead single from Owens’ highly anticipated album “Soul Of Ferguson”, set for release on Feb. 24th, 2017.

Owens and McDonald, who both hail from Ferguson, Missouri, became friends a few years ago when Owens joined McDonald on tour. Owens says when McDonald agreed to record “For You”, it took the song to a whole new level for him.

Often referred to as the ‘new voice of American Soul,’ Owens tells Rolling Stone why he is so excited to share this new song with fans: “It’s rare for me as an artist to have the opportunity to share the mic or express my gratefulness to my musical heroes, given that so many of them have passed. To have the opportunity to do both with Michael McDonald on a song that so encapsulates our shared love of soul music and humanity is a blessing on so many levels.”