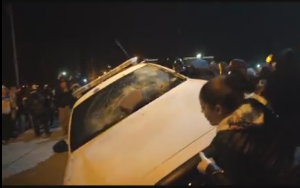 Case says, “If all men are created equal then all men should be treated equal, and it is through love, peace, service and respect that we experience that equality. Until the judicial system of the United States of America rids itself of the systemic virus of righteousness and its symptoms, which are racism, sexism and discrimination of all kinds the words of the constitution will be nothing more than a ‘nice idea.”