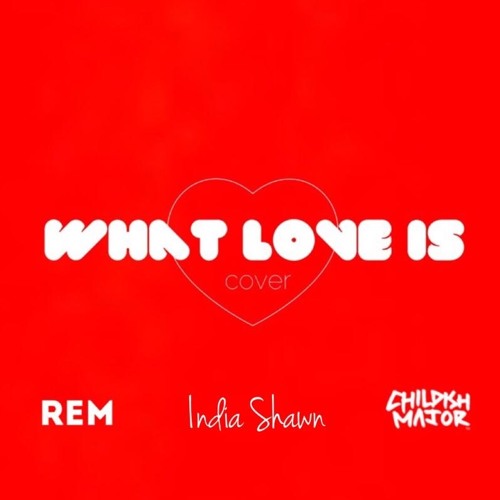 Emerging r&b singer India Shawn teams up with Producer Childish Major and singer/songwriter Remey Williams for a cover of the song “What Is Love”. The original was created and sung by Matt Martians of The Internet.

Just last month, India Shawn returned to the scene with the release of her latest single “Galaxies”.

Since the release of her debut EP “Origin” back in 2012, we’ve been captivated by India Shawn as an artist. Her music tends to take you on a spiritual and empowering journey, and you get just that on the new single “Galaxy”.

The singer released the collaborative project with James Fauntleroy called the “Outer Limits” EP in 2015. She then released the “Re-Werc” remix project later that year.

Also in case you missed it, we caught up with India Shawn for an interview recently and discussed her journey in music.