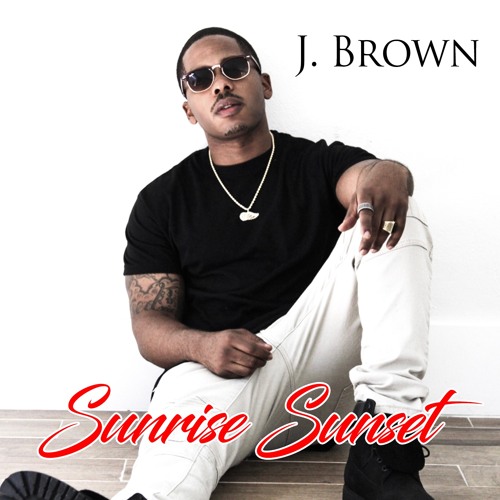 Check out the new single from singer/songwriter J. Brown called “Sunrise Sunset”. The mid-tempo make-you-feel-good-song was written by C. Farrar, J. Brown and M. Harley and produced by Quad and Ibiza. It is also currently the #20 Song on the Billboard Urban A/C charts.

J. Brown adds about the song:

“I wanted to sing about making women feel good about themselves and how they should be treated by their partner in the relationship and Sunrise Sunset does just that.”

Although this is the first time we’ve had the chance to feature him on the site, Detroit bred J. Brown is no stranger to the music industry. Years ago, an acquaintance contacted Brown and best friend Robert Curry (now of Day 26 fame) and informed them that musician/producer extraordinaire Wyclef Jean was looking to sign a group. Springing into action, Brown called two additional singers, formed the male foursome E2G, and drove to New Jersey, where they auditioned for Wyclef and were signed to Clef Records/J Records. A year later, however, the group disbanded, citing “creative differences.”

Now, faced with high expectations and aggressive goals, Brown is in the studio working on his album. A subtle mix of R&B with a hint of Hip Hop and Rock influences, the album is designed to uniquely showcase Brown’s distinct voice.

“I don’t focus on any one genre,” he maintains. “I can sing classical, rock, pop-pretty much anything… I don’t have to use Auto-Tune on a record. I’m a real singer. I can sing on the spot without any technology, just like the old school cats did.”

And he certainly wants to continue making this feel-good music for years to come, just as his influences Tank, Usher, Coldplay, Jimi Hendrix, Sting, Jay-Z, and Nas have done before him. Brown acknowledges that the secret to their success is focus and perseverance, qualities he’s incorporated into his own journey.