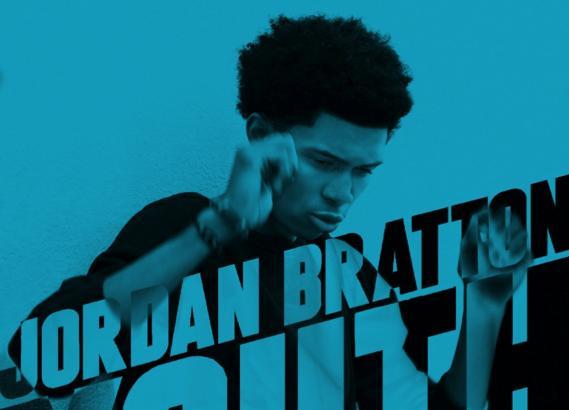 Check out “Victoria”, one of the standout songs from RCA Records newest signee Jordan Bratton’s new EP “Youth” which will release May 12th.

Much talked about singer/songwriter Jordan Bratton will release his debut EP, YOUTH on May 12th via Rebirth Entertainment/1009 Records/RCA Records. The 5 track EP will include Jordan’s latest single, “Prisoner” featuring Chance The Rapper, which reached #2 on the Hype Machine chart after being released in late April. To provide fans with an early preview of the EP, Bratton has released tracks “Bound” and “Victoria” days before the release of the project.

YOUTH follows the multi-talented musician’s recent stint as the opening act on Grammy-nominated artist Jazmine Sullivan’s “The Reality Show Tour.” Completing 30 dates on the tour, Jordan performed his energetic set for sold out audiences in such markets as New York, Philadelphia, Los Angeles and Atlanta. The Boston Globe recently compared Bratton to Grammy winner Miguel, calling his performance, “a tantalizing preview of what’s to come.”

Having officially signed to RCA Records in late 2014 in collaboration with Rebirth Entertainment/1009 Records, YOUTH serves as Jordan’s first major label project. However, this is not first introduction for the singer/songwriter who released his critically-acclaimed mixtape, The Grey Area in late 2013. The project received a bevy of praise from such outlets as The Guardian, i-D, VIBE, Noisey and Hypetrak, with Bratton producing 13 of its 14 tracks.

Hailing from Long Island, NY, the 20 year-old received his first taste of the spotlight while in kindergarten performing a solo at Lincoln Center. He would later go on to become a trained musician, learning to play the drums, piano, bass, guitar and even the clarinet. Throughout his early teens, Bratton performed live with his father’s band before meeting producer K-Mack. Eventually, with the help of K-Mack’s Rebirth Entertainment, Jordan would create the sound that became his first mixtape, The Grey Area.

2015 is already shaping-up to be a huge year for the young musician and with the help of his debut EP will surely see him transform from buzzed about singer/songwriter to full-fledged superstar.