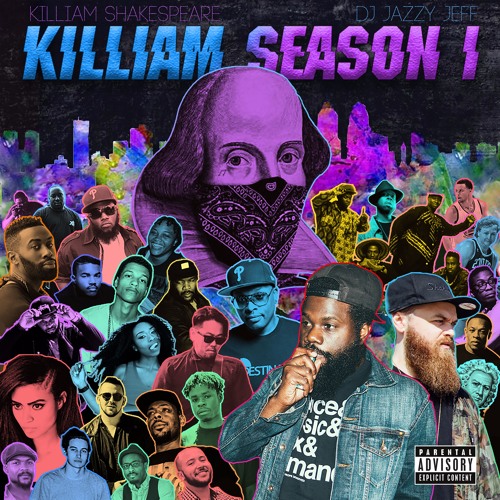 Ground-breaking band Killiam Shakespeare return with their highly anticipated new Mixtape called “Killiam Season 1”. The collective is led by musical duo Steve Mckie and Corey Bernhard and also features Grammy award-winning artist and producer DJ Jazzy Jeff on the project. Another release by Ropeadope Records, Killiam Season 1 is the first of the groups three-part mixtape series that features an array of artists including Philadelphia’s own hip-hop recording artist, Freeway, singer Cody Wise, and Aaron Camper. Killiam Shakespeare considers this project as a representation of their artistry as a musical unit.

For “Killiam Season 1”, the band believes this mixtape with hip-hop legend DJ Jazzy Jeff, is an opportunity to take their fans on a musical journey that culminates a climatic experience heard by the pulsating keys and synthesizers played by Bernhard and up-tempo patterns from McKie. “Working with Jeff is like being next to a wizard…someone who connects with music on a deep level is rare and nothing to be taken for granted…,” states Bernhard. The title itself, is a self-proclaimed notion, where according to McKie, “Killiam Season means that we’re finally in a space of our own…and with the overall balance of this project we created, we felt good about our chances in having the opportunity to work with living legend DJ Jazzy Jeff!”