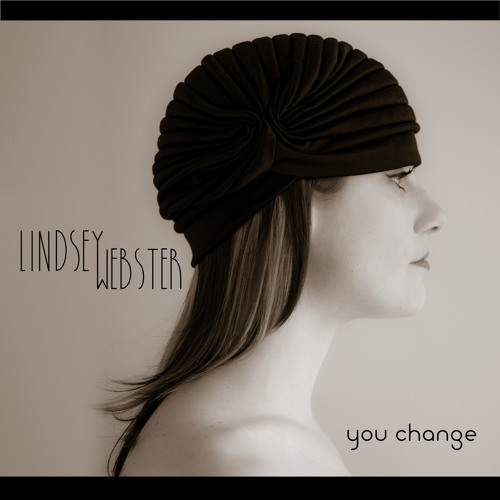 Do you remember that moment when you first heard Anita Baker or Sade; the effortless, sultry, and soaring vocal that captures all of your attention? Lindsey Webster’s delicate and powerful voice takes you to that place – an unabashed nod to the greats and yet 100 percent Lindsey. The Soul Songstress is proud to announce the release of her sophomore album, You Change, via Atlanta Records on July 17. The album is an eloquent collection of work showcasing Webster’s expressive vocals. “”You Change” shows the growth we’ve made as artists since our first album; in both our songwriting and who we are as artists. From a delicate song like “Bleed”, a song about utter heartbreak, to an anthem like “I’m Strong”, we explore many facets of our songwriting and are extremely happy with the result”, states Webster.

Growing up in Woodstock, NY with a heavy emphasis on arts and music, her grade school had a progressive music program where Lindsey cultivated a deep love of music by learning the cello. After playing for 10 years, often in first chair, she moved to NYC to attend Fiorello H. LaGuardia School for the Music, Art & Performing Arts. As she grew musically, she transitioned from strings to voice where she heard her calling and found herself.

The success of her first album and winning “Best Acoustic Song” in the Independent Music Awards caught the eye of Brian Hurst from UK’s soulandjazz.com. Hurst brought Webster to Atlanta Records, who signed her to release her second album, You Change.