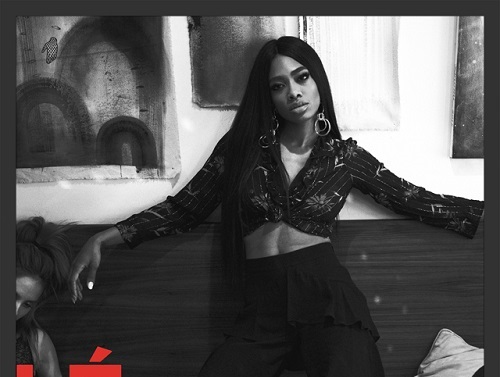 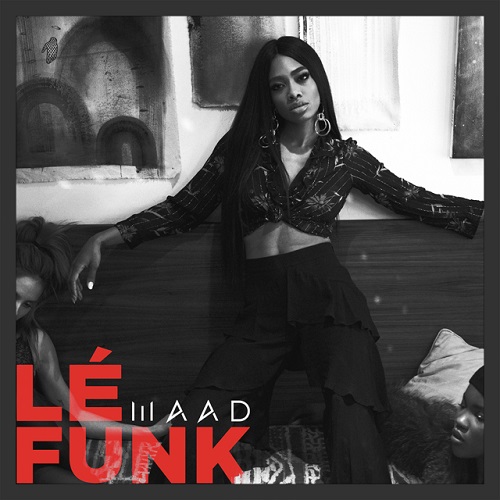 Continuing her unstoppable rise on the music scene, NYC based singer-songwriter, DJ and model MAAD has released her highly anticipated debut EP ‘LÉ FUNK’. Following on from the release of her latest track ‘Touch Me’ which features Grammy nominated soul artist Ro James and was described by i-D as ‘the sexiest thing we’ve heard all year’, the EP is a collection of seven, sexy cuts infusing R&B, disco, soul and funk with MAAD’s mesmerizing vocal.

Written by MAAD, with production by her regular collaborators TheVAMP, ‘LÉ FUNK’ features the popular and infectious singles ‘Touch Me’, ‘90s Love’, ‘Black Ice’ and her breakthrough, debut introduction on the throwback sounds of ‘Sweet & Low’. The EP also features three brand new tracks with the funky ‘Satisfied’, the dreamy ‘Lost Together’ and the hypnotic, retro dancefloor vibes of ‘Stingy Lover’. Mixing new sounds infused with epic soul and funk classic inspirations, the new EP showcases MAAD’s stunning vocal, versatility and outstanding songwriting talent which has earned her fans in influential tastemakers such as Ebro Darden (Beats 1 and Hot 97), The Line of Best Fit, Saint Heron and more.

Having spent recent years modeling for top publications and brands such as ELLE, NYLON, Seventeen and Anastasia Beverley Hills, along with songwriting alongside the likes of Claude Kelly (Britney Spears, Jason Derulo), TheVamp (Ne-Yo) and Jonas Jeberg (Nicki Minaj, Demi Lovato) and collaborating with internationally renowned rap artist A$AP Ferg, MAAD has firmly set her sights on the spotlight with her blossoming solo career – and with outlets from Noisey, Earmilk and The 405 to Wonderland, Essence and MTV already tipping her for big things she is set to truly shine in the lane she is confidently marking out for herself.

With the release of MAAD’s debut EP ‘LÉ FUNK’ and more new music and visuals to follow this year, MAAD is on a one-woman mission to bring throwback funk and soul influenced sounds back to the forefront of the music scene!