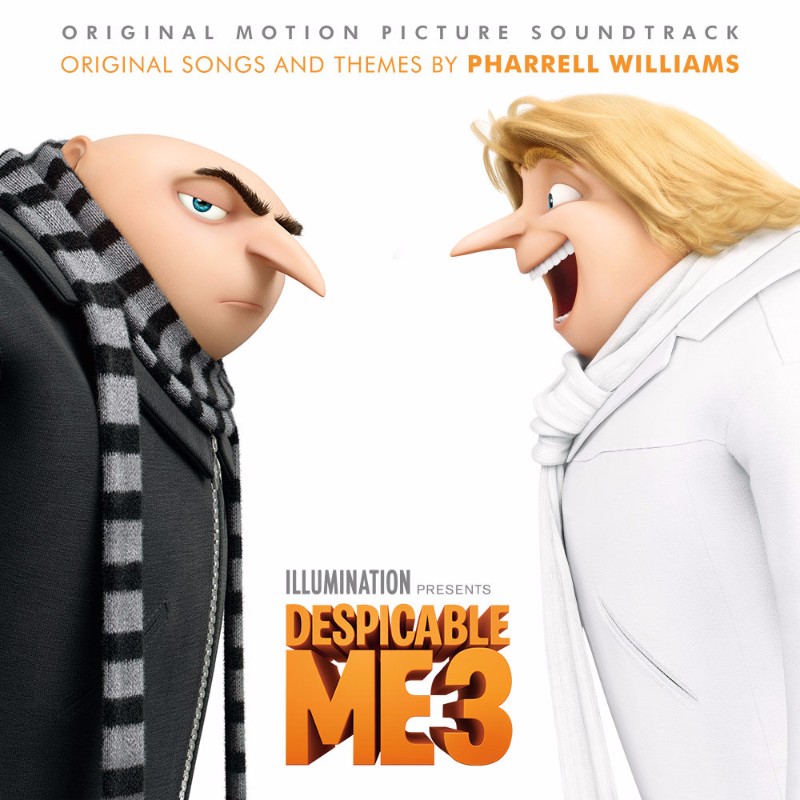 Pharrell Williams has released the second new and original track from Illumination Entertainment’s Despicable Me 3 (Original Motion Picture Soundtrack). “There’s Something Special,” premiered by Zane Lowe this afternoon on Apple’s BEATS 1, is a sweet lullaby that soundtracks Gru and Lucy’s love for their three adorable daughters throughout the film.

Pharrell Williams once again returns to the Despicable Me series to write and produce songs and themes for the newest film. Despicable Me 3 (Original Motion Picture Soundtrack) will be available everywhere June 23 via i am OTHER Entertainment/Columbia Records.

Watch Pharrell Williams and the Minions journey through the streets of Hollywood in a virtual video game in the music video for previously released track “Yellow Light”.

Despicable Me 3 opens in theaters June 30.