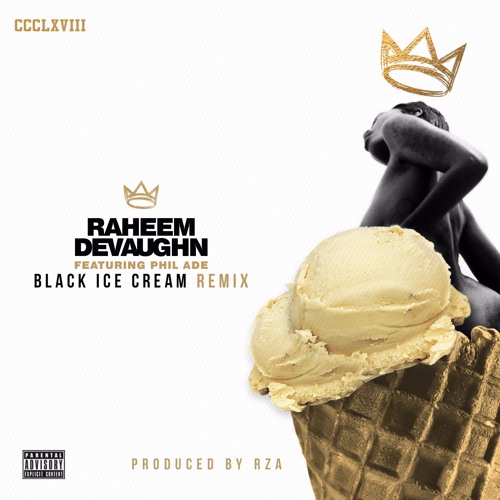 Raheem DeVaughn gets off to a good start in 2016 with the release of a remix to his song “Black Ice Cream” featuring his artist rapper Phil Ade and producer by the legendary RZA of the Wu-Tang Clan. Officially starting the celebration on his second decade in music (his debut “The Love Experience” released 10 years ago), Raheem puts a 90’s hip hop flavored spin on the song from his latest album “Love Sex Passion”.

He released the album earlier in the year as a follow up to “A Place Called Loveland” and it topped the Billboard R&B Charts as well as allowed him to hit the road for the “Love N Soul Experience” tour with Leela James and V. Bozeman. We named three of his songs to our Top 100 RnB Songs of 2015 including “When You Love Somebody”, “Temperature’s Rising” and “All I Know”.