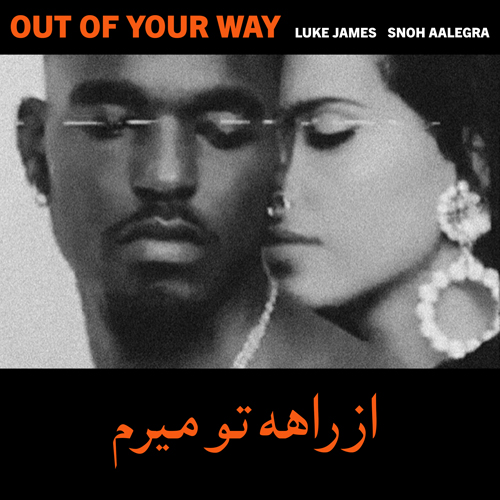 Snoh Aalegra has just released a remix of her song “Out Of Your Way” featuring Luke James. The sultry jam was originally included on Aalegra’s debut album “Feels”. It’s the perfect pairing with both artists bringing forth soulful vocals as they seek the love and affection of one another.

After a sold-out mini tour in Europe last March and a sold-out North American tour with Daniel Caesar at the end of last year, Aalegra returns to the road for her debut headline FEELS Tour and select festival appearances.

Born in Sweden to Persian parents, and now based in LA, Aalegra has been wowing music fans with her cinematic soul. The ultimate femme fatale, she draws in listeners with a smoky voice wrapped around sumptuous production. While her music delves into melancholy, it embodies a soulful sound reminiscent of Michael Jackson, Nina Simone, and Lauryn Hill yet finds its own power and connectivity through Aalegra’s signature croon.

Currently, Aalegra is the protégé of luminary hip-hop producer No I.D. Her undeniable talent has also allowed her to collaborate with music’s most influential voices and producers such as Drake, Vince Staples, Boi-1da, Common, John Mayer, RZA, Killer Mike, and more.