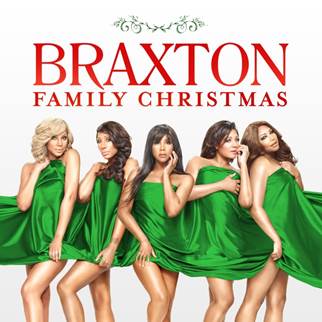 The Braxtons have just released their first holiday album “Braxton Family Christmas” and you can take a listen to one of the songs called “Everyday is Christmas”.

All of the sisters, inclduing Toni, Tamar, Towanda, Trina, and Traci, collaborated on the album, reuniting for the first time in 25 years. The set includes holiday covers with their own soulful spin on them, as well as original songs. The project released this past Friday on October 30th.

The Braxtons originally started out as a group in the late 80’s and released the single “Good Life”. Although they didn’t find much success from that venture, it did lead to Toni’s career as a superstar r&b artist. After disbanding as a group, all of the sisters would go on to sing backgrounds for Toni on tour. Eventually, the Braxtons minus Toni and Traci would release the album “So Many Ways” in 1996.

Of course, the sisters also reunited in 2011 for the highly successful reality show “Braxton Family Values” which became a massive hit and is still running. Each of the sisters have been able to use the platform to launch solo careers of their own.