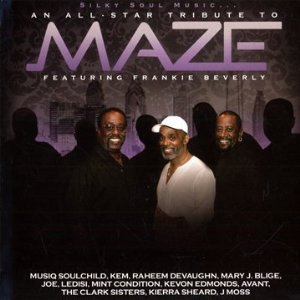 Here is a new song by Avant called “Joy & Pain” which is a remake of the classic by Maze & Frankie Beverly from 1980. It appears off of the tribute album to the group which was recently released, called “Silky Soul Music: All-Star Tribute to Maze Featuring Frankie Beverly.” Avant does a nice job on the cover, putting his own personal touch on this smooth groove.