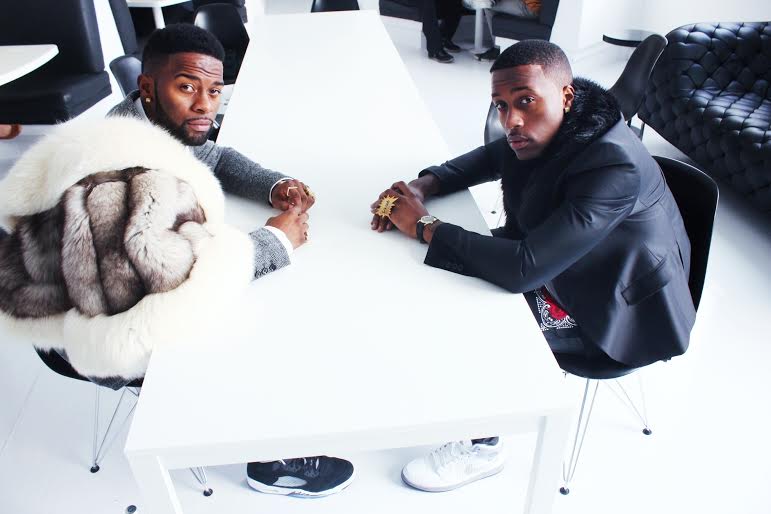 Grammy-nominated artists BLAQ TUXEDO premiered the latest visual to their new song, “Cherish,” produced by Swiff D on Singersroom.com. “Cherish” will be featured on the duo’s newest project, Limousine.

BLAQ TUXEDO states, “Cherish puts a relaxing twist on the casual romance. The visual was intended to be very clean yet sensual, to match the mood of the song. It makes women feel special, but also makes them want to dance!”

The Sacramento natives have hit the ground running by blending R&B and hip-hop in the most ideal way. Through “Cherish,” BlAQ TUXEDO appeals to music lovers of the 21st century. BLAQ’s audience wants to hear music that incites their emotions, but feeds their appetite for music to vibe to. “Cherish” is similar to BLAQ TUXEDO’s other songs, where the message may appeal to women, men can also appreciate it’s production. BLAQ TUXEDO’s fusion of hip-hop and R&B makes their sound even more memorable in a time where Ty Dolla $ign and PARTYNEXTDOOR rule the charts.

Outside of their own music, BLAQ TUXEDO has garnished a respectable amount of attention with their past work, earning them Grammy nominations for their work with Meek Mill, Chris Brown, Ty Dolla $ign, Ciara, Iamsu, and Kevin McCall, to mention a few. DjBooth.net stated that BLAQ TUXEDO has a consistent West Coast flow throughout all of their music. “Cherish” sticks to that similar formula which adds to the distinction of their music. BLAQ TUXEDO’s talents have reached outside of the music world with their sounds being featured in the television shows, The Game and CSI Miami. Last year, they released their album, Red Flowerz, and have been featured on AllHipHop, Singersroom, ThisIsRnB, and DJ Booth.

“Cherish” is the first visual to be lifted from their new EP, Limousine, which will be released in September.