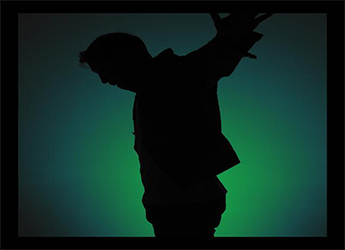 Brady Watt wears many hats–aside from being “Nyce On The Bass,” he holds residence in DJ Premier’s “The Badder Band” (Watt also plays in Talib Kweli’s band and produced the “Intro” and “Outro” on Kweli’s recently released The Seven EP with Styles) and he also writes, composes and produces; his esteemed resume includes collaborations with Joey Bada$$ (most recently “500 Benz”), Styles P & Talib Kweli, Curren$y, Melanie Fiona and Statik Selektah (Brady appears on the lead-single, “Man Of The Hour,” featuring 2Chainz and Wiz Khalifa from Statik’s forthcoming 8 album) .

As a teenager, Brady left his New Hampshire home for Berklee College of Music in Boston and though he was undeniably one of the baddest bass players in his home state, Berklee really showed him he needed to step up if he was going to make it. Those four years at Berklee were spent not only honing his craft, but honing his own individual style and learning to transcribe, compose, and produce music.

After graduating and moving to NY, Brady received an invite to a party, after being promised a free drink, some girls to talk to, and networking at best, Brady decided to attend Dame Dash’s DD172 compound and with his bass on his back he encountered Ski Beatz. The hit-maker for Jay Z, Camp Lo, and Fat Joe saw the instrument and invited Brady to plug into his MPC sampler. Around the party, Jean Grae was penning a verse, Ski was tapping out beats and Brady was going in on the bass. Along with the partygoers, Ski was impressed. Soon after, Brady and Ski began a string of celebrated releases including Curren$y’s Pilot Talk 1 & II, 24 Hour Karate School, and Murs’ Love & Rockets; all of a sudden he was Dame Dash’s musical director and playing alongside the likes of Mos Def and Jay Electronica. Then things opened up.

Upon the release of his recent single, “Youth In Revolt,” (which was premiered by XXL) featuring Michael Christmas, DJ Premier announced that he had signed Brady to a deal to become the first producer he has ever signed to his TTT (To The Top) imprint; where Brady will be releasing his forthcoming new project To Get Back Home.

“I met Brady back in 2012” Premier stated to XXL. “He came to my studio to do a session for a former employee that needed him to play bass” DJ Premier stated. Fast forward to 2015, when I envisioned putting my band together (The Badder Band), Brady was the first person I thought of to play Bass. Brady can play any song and he knew my catalog before we rehearsed a note. Brady is an instant fit on my new label, TTT, (To The Top) as I house all types of music and Brady represents our vision for originality.”

Today, Brady releases the visual for the second single, “Roots Around My Ribcage” f/ Clifflight from his forthcoming To Get Back Home album. “I was going for uptempo/feel good with “Roots Around My Ribcage,” but still hard. My roots are in hip-hop, so the drums always have to be knocking” Brady commented. “I’m as much a fan heavy musicality as I am of simplicity and great songwriting; so I try to do both. The greats all achieve a balance of this.”