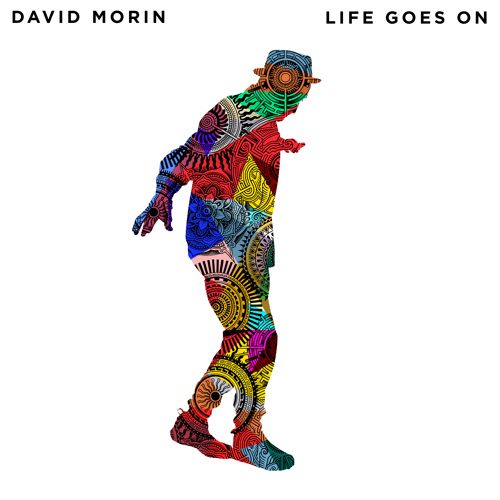 David Morin releases the video for his debut single, “Life Goes On,” today. The newcomer garnered quick praise across North America and the UK upon the track’s release (iTunes / SoundCloud) last month. The uplifting song is a strong representation of Morin and his music. His grooves might be smooth, yet his lyrics address protest: politics, justice, and inspiring social change.

“The video for ‘Life Goes On’ is really about the boy; a young Cree member navigating his hometown of Kahnawake,” states Morin. “I’m actually a quarter Metis, but that’s the subtle link between the two of us. At the start of the video, he’s visibly concerned, but he explores, he dances, he lights fireworks – he sheds the weight of whatever was holding him down by using his imagination and tackling the experiences his immediate world has to offer.”

He continues, “That’s what ‘Life Goes On’ is about; yeah, it’s hard sometimes, but you can only count on yourself to discover all the things life has to offer. So, even though the video only shows the contrast between my experience and the boy’s, it’s the universal message of positivity through adversity that I think translates to the viewer, the listener, to anyone.”

All Def Digital, brought to you by Russell Simmons, is hosting the video as part of “The Signal” series highlighting up-and-coming artists. Recently, the song was chosen as “Single of the Week” on ADD52, the company’s music discovery platform created by Simmons and Steve Rifkind in partnership with Universal Music Group and powered by tech leader, Samsung. With just one official single, some of the industry’s biggest players are already supporting Morin’s undeniable talent.

The humble soul singer, songwriter and multi-instrumentalist busks regularly on street corners in his hometown of Vancouver and beyond. The guitar and loop-pedal virtuoso makes a solo performance sound like an entire ban with beatboxing and vocal harmonies. Self-taught and passionately committed, Morin’s blessed with the ability to turn strangers into fans. This was best witnessed on the streets of Austin during this year’s SXSW. As over 2,000 acts descend upon the festival it can be hard to grab anyone’s attention. Not for Morin who pulled in a large crowd and started a dance party on 6th Street.

Growing up in the rough area of Surrey, Vancouver, Morin found escape in his guitar and the hip-hop youth group he joined. He spent his high school years skipping class to sneak into the music room and take advantage of the KORG keyboard, which was a revelation to him, encouraging an interest in drums, synth, and keyboard sounds that he has continued to develop ever since. His lyrics tell of a life lived with highs and lows within his career and hometown. He sings of real issues we all deal with, be it on a personal or political level.

Morin’s purpose, both social and spiritual, is evident in his songs and none more so than “Life Goes On,” the new beginning he’s been working towards.