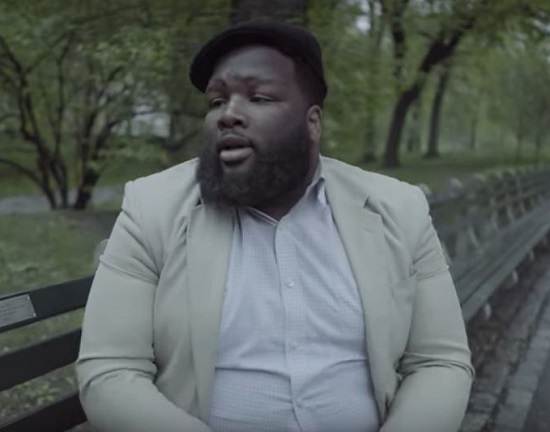 Over the years we’ve always tried to be on the cutting edge of presenting R&B lovers of what the best the genre has to offer. Whether it be legends, veterans, or emerging acts, we love to present you with the everything that embodies those qualities

Staying true to that trend, today we have the privilege of premiering the video for “Best Man” by emerging artist J-Llyfe. The song is a great representation of the singer’s stunning and powerful vocals, and relatable lyrics.

Allow us to introduce you to the Birmingham, Alabama bred singer/songwriter, MC, actor, who is now based in NYC. Justin Thomas is a B.A Drama graduate of Jacksonville State University and is also a music supervisor, recording artist, instrumentalist, singer, MC and songwriter.

As an actor he was most recently seen in HBO’s Random Acts of Flyness, the Emmy nominated web series “Tough Love” and on off-Broadway in Castillo’s Theatre production of “Ain’t never been easy!” Justin has had the pleasure of gracing some of NYC’s premier stages from B.B. Kings to the Bitter End to Webster hall.

He released his debut Conceptual EP released in 2017 entitled “Songs About H.E.R” which is currently available on all major streaming services. J-Llyfe genre is Hip Hop, Soul, funk and R&B. Influences include Ceelo, Anderson Paak, Lalah Hathaway, D’Angelo and Maxwell.

Most importantly, J-Llyfe is a true throwback to the time when R&B music made us feel emotion. Stay tuned for much more from this true talent!

“Best Man” is from J-Llyfe’s debut EP Songs About H.E.R.

With the acronym Living Life Young For Ever, J-Llyfe is currently based in NYC, and can be seen hosting local showcases, performing at premiere music venues, and acting in off-broadway productions.

Any interest? Hoping to do this premiere whenever is convenient for you, so please let me know.