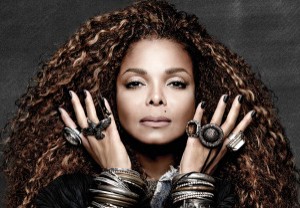 Janet Jackson’s much anticipated return to the music industry brought a lot of excitement initially, but confusion seems to be the more appropriate word these days as she has postponed the rest of her “Unbreakable World Tour” to 2017. She announced recently that she’s planning her family which explains why there have been numerous delays with her tour.

All is not lost though as Janet has just released the lyric video for her new song “Dammn Baby”. The song appears on her latest album “Unbreakable” which we did a review on last year. As our contributor Edward Bowser (SoulInStereo.com) states, “Dammn Baby” sprinkles soulful R&B inflections with finger snaps right out of DJ Mustard’s bag of tricks, maintaining that duality between past and present.

Janet is set to release the official video for “Dammn Baby” sometime soon so stay tuned for that! No word on whether it will be sent to radio, but with the tour being postponed as opposed to canceled, it looks like Janet wants to promote the album a little more.