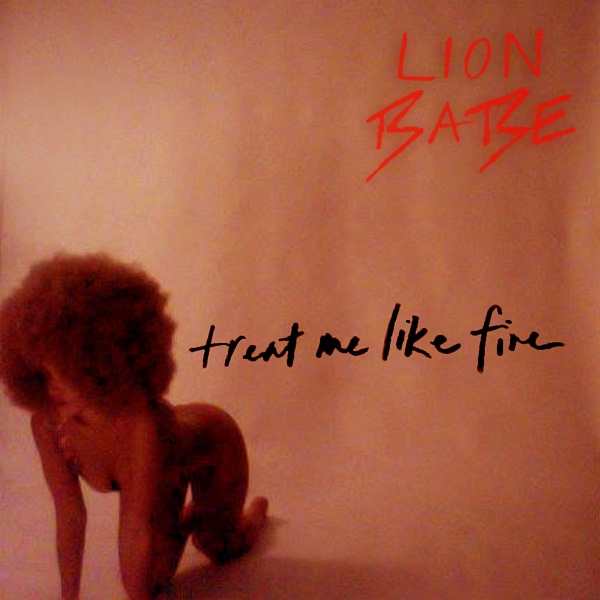 March 1st sees the release of ‘Treat Me Like Fire: UK Remixes’. The three-track remix compilation will feature the band’s collaboration with super cool London production duo, Snakehips, with additional mixes from Star Slinger, and a brand new remix from Soultech,

Sultry and mesmerizing, the track written and produced by Hervey and Goodman, was the first collaboration between the pair and follows the critically acclaimed songs ‘Jump Hi’ and ‘Jungle Lady’, taken from their self titled debut EP.

Momentous success is set to continue for LION BABE in 2015. With the release of their EP, they have amassed an impressive 4 million plus streams across audio and visual streaming sites, including Spotify and Vevo. Ahead of their eagerly anticipated debut album, they are fresh from being added to Radio 1’s ‘In New Music We Trust’ playlist, as well as being named one of 1Xtra’s “Hot 4 2015” where it has reached the A-list. With ‘Treat Me Like Fire’ LION BABE are sure to continue garnering hordes of fans with their captivating sound.

LION BABE draw on an eclectic mix of influences for their sonic and stunning visuals, which mirror the rich melting pot of cultures of New York – where the pair met at the end of their college experiences.  Citing the likes of A Tribe Called Quest and Sergeant Pepper-era Beatles as major influences, they recently completed touring with music legends The Roots in the US, and will headline their sold out debut UK show next month at Studio Spaces in Shoreditch, London on February 4th.