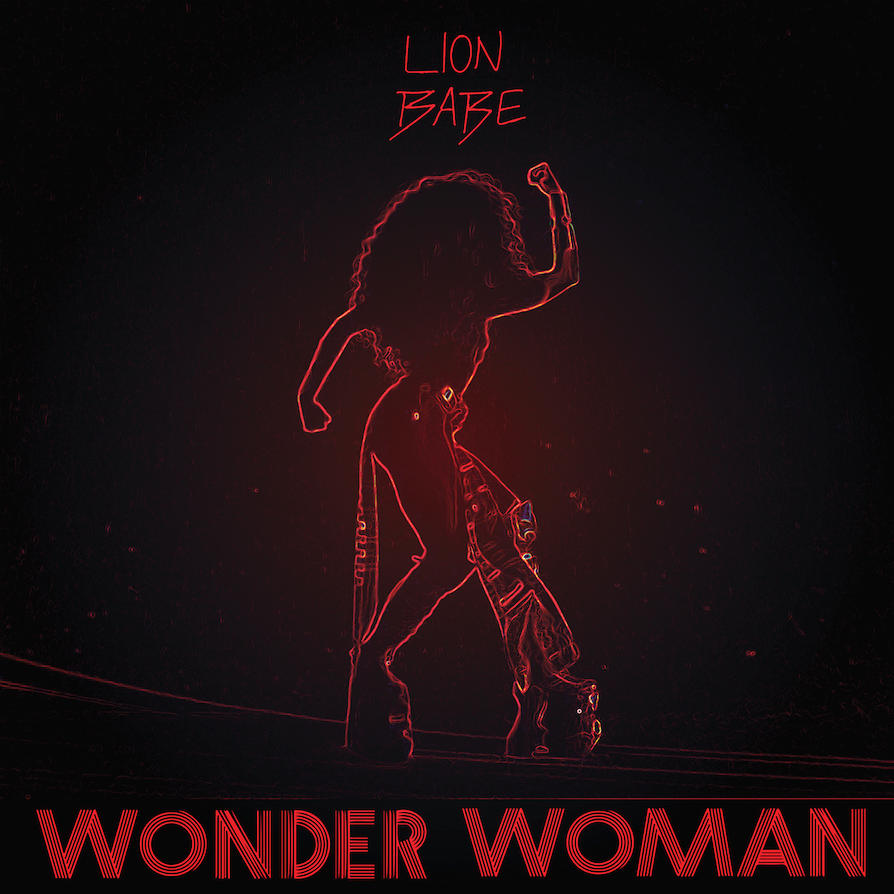 LION BABE – the New York duo comprised of singer/songwriter and performance artist Jillian Hervey and instrumentalist and producer Lucas Goodman – have debuted the stunning, must-watch video for their new single ‘Wonder Woman’, produced by the Grammy Award-winning Pharrell Williams with additional production by Lucas.  The futuristic clip, set in an alternative universe, sees the band strutting their stuff as intergalactic superheroes, just days after they took over the internet with the track trending worldwide on Twitter after its premiere on Annie Mac’s Radio 1 show.

Oozing with raw energy, the incredible and empowering ‘Wonder Woman’ (out May 3rd on Outsiders Recorded Music (Universal Music)) serves as the follow-up to the critically acclaimed songs ‘Treat Me Like Fire’, ‘Jump Hi’ and ‘Jungle Lady’, taken from the band’s self-titled debut EP which was released at the end of last year.  With the huge popularity of their EP, LION BABE have amassed an impressive 6 million plus streams across audio and visual streaming sites, including Spotify and Vevo. Ahead of their eagerly anticipated debut album, they are fresh from being added to Radio 1’s ‘In New Music We Trust’ playlist, as well as being named one of 1Xtra’s – where they reached the A-list with both ‘Treat Me Like Fire’ and ‘Jump Hi’ – ‘Hot 4 2015’.

LION BABE draw on an eclectic mix of influences for their sonic and stunning visuals, which mirror the rich melting pot of cultures of New York – where the pair met at the end of their college experiences.  Citing the likes of A Tribe Called Quest and Sergeant Pepper-era Beatles as major influences, they recently completed touring with music legends The Roots in the US. This summer the band are set to perform at Lollapalooza (Chicago) and Osheaga (Montreal) festivals, after returning to the UK in May for a set of tour dates including London’s Scala on May 20th and a just-announced performance at The Great Escape festival in Brighton (May 14th-16th).