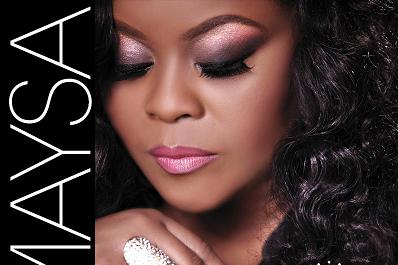 Maysa has just released the new video for “Keep it Movin”, the distinctive R&B groove produced by Mint Condition’s lead vocalist/producer/songwriter Stokley, who also contributes a guest vocal on the track. It is unlike anything Maysa has done previously and the chemistry between her and Stokley is magical. “Stokley is an amazing artist,” Maysa says. ” I love his writing, his voice and performing style. I think our styles are like smoke and fire together, like a sweet barbecue sauce! I was so happy he joined me on this record.” Stokley adds, “Working with Maysa was so familiar even though we’ve never collaborated before. We have a lot of the same influences. Maysa has such a unique gift. Think if velvet, butter & brown had a sound… weave a few high textures in there, that’s her! You feel her soul when she delivers a song. I’m very honored to have worked with Maysa.”