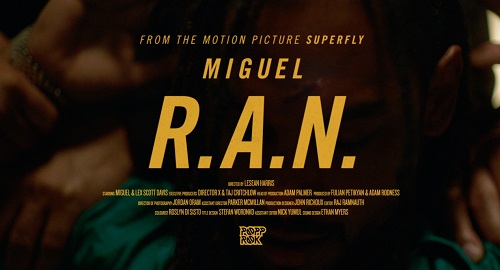 R&B star Miguel has just released a video for his latest song “R.A.N.” The song is his contribution to the soundtrack for movie “Superfly” and his cinematic visual makes a great companion.

Prior to this, Miguel released his latest album “War & Leisure” in late 2012. The album included the single “Come Through and Chill” featuring J. Cole for which he released the video back in April.

The Superfly soundtrack was curated and produced by Future, and the movie is out now.