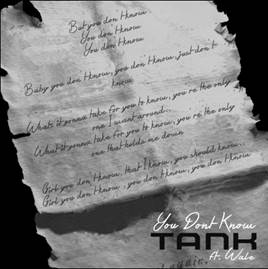 Tank has just released the visual for his latest single “You Don’t Know” featuring Wale. The song is the lead single from his upcoming album “SLP2” which is scheduled to release January 22nd via Atlantic Records. The album will be the r&b singer’s 7th solo album not including the album he released with Ginuwine and Tyrese as part of TGT.

Also, we recently took a look back on what Tank could do on “SLP2” to make it a success by using his classic “Sex, Love & Pain” as a blueprint.