New Video: Wyclef & Jazzy Amra – You Got Me 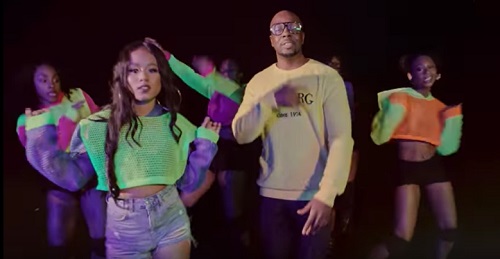 Legendary artist Wyclef Jean links up with his Heads Music label artist Jazzy Amra for the release of the music video “You Got Me”. The song is a perfect kick off to the Summer with it’s fresh 90’s vibe.

The Bronx, NY born vocalist and Wyclef protegee burst onto the New York hip hop scene, collaborating with Dave East on “Jazzy’s Interlude” from his Paranoia EP as well as “Slow Down” from the project which received 1 million YouTube views for the music video.

Catching the attention of international superstar Wyclef Jean, Jazzy has been signed to his label Heads Music and is featured on Wyclef’s album Carnival III: Fall and Rise of a Refugee.” “You Got Me” will be a part of Wyclef Jean’s forthcoming mixtape, “Wyclef Goes Back to School”.

Wyclef and Jazzy appeared on MTV’s TRL recently to discuss more about developing her sound.