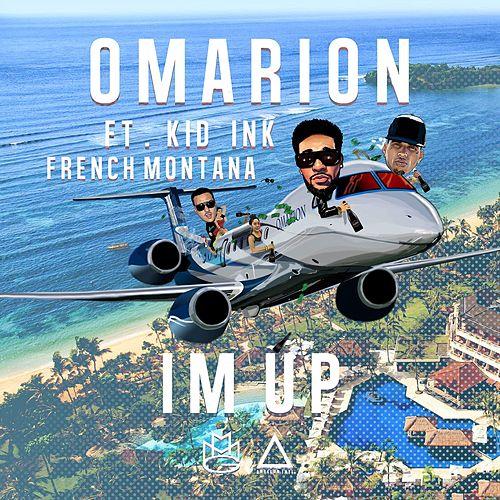 “REASONS” arrives hot on the heels of Omarion’s 2014 MMG/Atlantic debut, “SEX PLAYLIST,” highlighted of course by the RIAA platinum certified hit single, “Post To Be (Feat. Chris Brown & Jhene Aiko).” Produced by DJ Mustard (Wiz Khalifa, Trey Songz, Ty Dolla $ign), the track proved a worldwide smash, reaching the top 15 on Billboard’s “Hot 100” while also lighting up the charts in Australia, Belgium, Canada, the Netherlands, and the United Kingdom. What’s more, the “Post To Be” companion video is an incontrovertible blockbuster, with total YouTube views fast approaching a whopping 219 million.

“SEX PLAYLIST” received unprecedented critical acclaim upon its release last year, with Complex applauding the album as “one of the most mature, refined, restrained male R&B projects from a major artist this year.” VIBE declared the collection’s first single, “You Like It,” to be “a freaky-deaky little jam,” while Complex hailed the track as “a promiscuous record that borrows elements of DeBarge’s 1982 hit single ‘You Like It.’” “Keeping up his track record of quality music for the lovers,” wrote VIBE Vixen, “(“You Like It”) tells us that infidelity is morally wrong, but utterly sexy,” adding, “(Omarion) never disappoints.”

A multi-platinum certified and GRAMMY® Award-nominated singer, actor and producer, Omarion is a 21st century superstar of the first order. “O,” his 2005 solo debut, was a chart-topping phenomenon, entering the Billboard 200 at #1 on its way to RIAA platinum certification. The album’s 2006 follow-up, “21,” also arrived atop the SoundScan/Billboard 200, fueled in part by the gold certified smash single, “Ice Box.” In 2012, Omarion joined forces with Maybach Music Group CEO Rick Ross for the blockbuster single, “Let’s Talk,” featured on MMG’s hugely successful “SELF MADE VOL. 2” compilation. The “CARE PACKAGE” and “CARE PACKAGE 2” EPs soon followed, as did additional tracks on 2013’s “SELF MADE VOL. 3.”