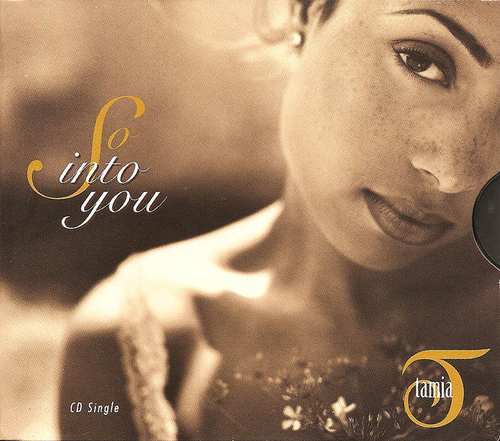 In the most recent episode of our SoulBack R&B Podcast with special guest producer Tim Kelley (of Tim & Bob), we were blessed with an interesting piece of R&B history. Most R&B fans know the Tim & Bob produced timeless hit “So Into You” by Tamia, but did you realize it was almost recorded by another R&B star? Neither did we.

In Tim’s own words:

“I produced “So Into You” for Tamia. And Brandy is my girl. You know what’s crazy, she actually did the demo for “So Into You”. And then Mario Winans did the background vocals. This was before Tamia even heard it!”

This totally unexpected development really makes you want to hear the original. It’s also fun to dream about what could have been if Brandy ended up keeping it.

Tim also included another interesting tidbit about the origin of the song:

“I didn’t have a pre-chorus for “So Into You”, the part that goes “I think you’re truly something special”. That part was a pre-chorus I took from one of the songs I did for Destiny’s Child!”

As you might know, Tim & Bob worked with Destiny’S Child very early on in their career, starting around the time they were dropped from Elektra records before becoming stars. They also helped create songs for the group’s debut album.

So there you have it. Nearly two decades later we are still discovering fun facts about some of our most beloved songs from the 90’s.

You can hear more R&B history like this by tuning into The SoulBack R&B Podcast which features a special guest each week.