Rare Gem: Aaron Hall – Why You Tryin to Play Me (featuring The Notorious B.I.G.) 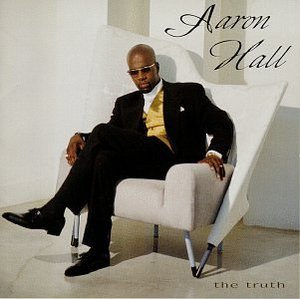 I’m not sure of the origin of this song or where it was intended to be released, but I remember hearing “Why You Tryin to Play Me” on the radio back in the day and not being able to find it anywhere! Eventually, I tracked it down to an album called “The Projects Presents: Balhers Forever” which was released in 2000 and also featured songs by Jay-Z, Ice-T and M.O.P. Other than that, it’s really hard to find any other info on this album whatsoever! In fact, it would be nice to know if this song was recorded when B.I.G. was still alive or if this was a leftover verse. Aside from his time as the lead singer of Guy, Aaron Hall has released three solo albums to date and last year had a show called “Aaron Hall’s Dog Rehab.” (I’m not kidding about the show!)