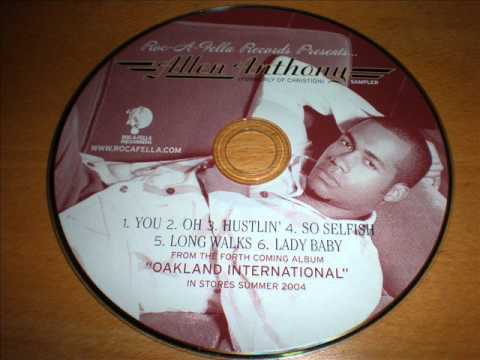 You may remember Allen Anthony from the group Christion along with his brother Kenny Ski which was part of Roc-A-Fella records years ago. They released their debut album “Ghetto Cyrano” in 1997 along with the single “Full of Smoke”. Eventually in the early 2000s, Allen would go solo but never managed to release an album. He actually shot a video for the song “Alright” which eventually landed as a duet with rapper Freeway from his debut album. “So Selfish” was a standout song which was included on a sampler of what was supposed to be included on his debut solo album. We haven’t heard much from Allen Anthony in the years following, but he did release a couple of new songs in 2010.