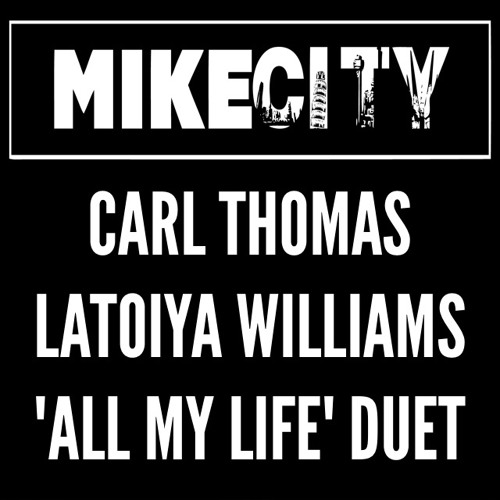 Producer Mike City continues to open up the vaults and let fans in on some unreleased gems with the latest duet song “All My Life” by Carl Thomas and Latoiya Williams. The original version of the song was originally a part of Carl Thomas’ 3rd album “So Much Better” which released in 2007 as a Circuit City bonus track.

The history between Carl Thomas and Mike City runs back to the late 90’s. Mike City contributed to each of Carl’s four albums, and produced a few of his biggest hits. Mike City is credited with producing “I Wish”, “Make it Alright”, “Late Night Rendezvous” and “2 Pieces”.