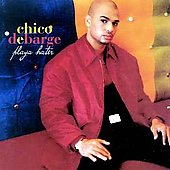 This song is not rare in the sense it was unreleased, in fact it actually had a video, but it’s rare for the fact it curiously was only released as a single and never appeared on an album.

We can only assume this was released around 2000 and it might have been soon after that he left Motown for Koch.

Frequent collaborator Joe sings background vocals on this one just like he has done on many of Chico’s other hits and the two always seem to make magic together.