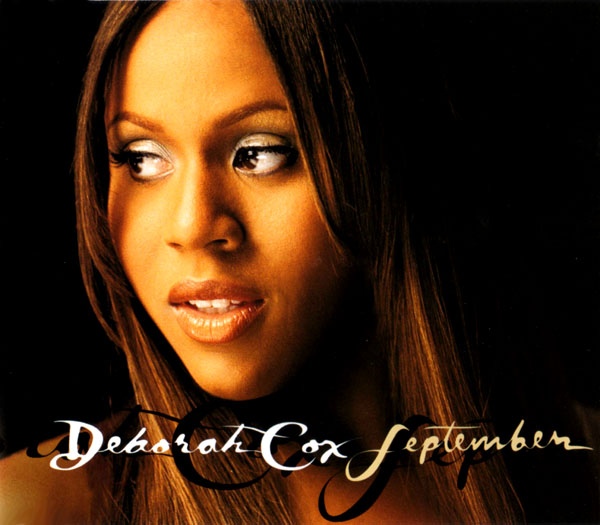 R&b singer Deborah Cox established herself with her self titled debut, but it was her sophomore album “One Wish” where she found her greatest success to date. The platinum selling album yielded the hits “Things Just Aint the Same”, “Nobody’s Supposed to be Here”, and “We Can’t Be Friends” with RL of Next. That’s not even to mention the dance remixes of the former two songs which took her career to even further heights.

Perhaps the most overlooked song on “One Wish” was the song “September”, which was actually released as a promo single but never got the video treatment. The remix of the song produced by Kay Gee of Naughty by Nature is actually a find, because not only was it included on the promo singles of the song, but it was also a hidden bonus track on “One Wish”. The song was not included in the tracklist of the album, so unless you played through the final song, you may have not known it existed! This was during the era when Kay Gee’s production was popping up everywhere in r&b, and he certainly gave this a nice twist to go alongside the original.

More recently, Deborah Cox has been working towards the release of her upcoming album “Work of Art”. So far she has released the two singles “Kinda Miss You” and “More Than I Knew”.

As for Kay Gee, he continues to tour with Naughty by Nature celebrating the group’s 25th anniversary. We recently took a look at the history of his Divine Mill record label and also touched on his top 10 r&b productions.