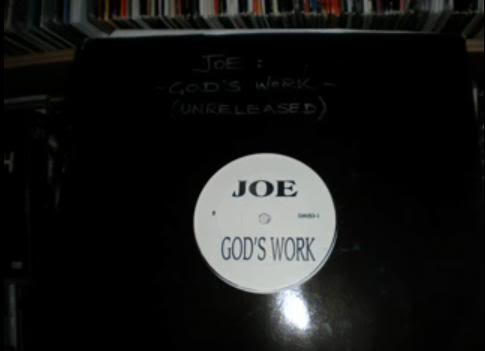 Recorded back around 1997, “God’s Work” was released in the time when Joe moved from Mercury Records to Jive Records. From the sounds of it, this was left off of Joe’s sophomore album “All That I Am” in 1997, and only released by Jive Records on select CD samplers handed out. The song currently remains unreleased and is as rare as they come when it comes to Joe songs.

After releasing his debut album “Everything” back in 1993, Joe moved to Jive and released the “All That I Am” album which spawned the smash singles “All The Things Your Man Won’t Do” and “Don’t Wanna Be A Player.