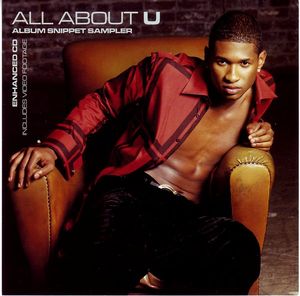 Originally, the follow up to Usher’s sophomore album “My Way” was supposed to be called “All About U” which was led by the single “Pop Ya Collar”. However, due to various songs from the album leaking months prior to its release, the project was scrapped and he recorded “8701” from scratch. Here is a track that was originally slated to appear on that “All About U” album.

Shout out to Adam Maldonado