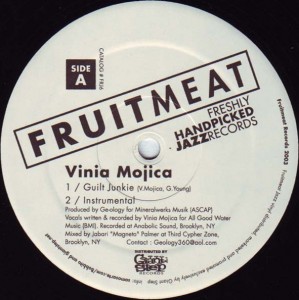 “Sands of Time” was the B-Side of Vinia Mojica’s then lead single “Guilt Junkie” which was supposed to be off of her debut album in 2003. Unfortunately, that album never released and to date she has never released an album of her own. Over the years, she has collaborated with the likes of A Tribe Called Quest, Common, Mos Def, De La Soul, and many of the Native Tongues Posse.