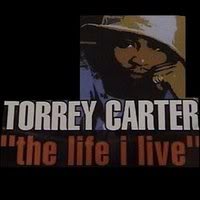 Since a reader requested it, I decided to dig up Torrey Carter’s unreleased debut album “The Life I Live” from 2000. The debut single from that album was “Take That” featuring Missy Elliott but I’m not sure if a video was ever shot. Torrey was the first artist signed to Missy’s Goldmind label but unfortunately never made it out. I choose to feature these two songs from the album, these stood out the most.