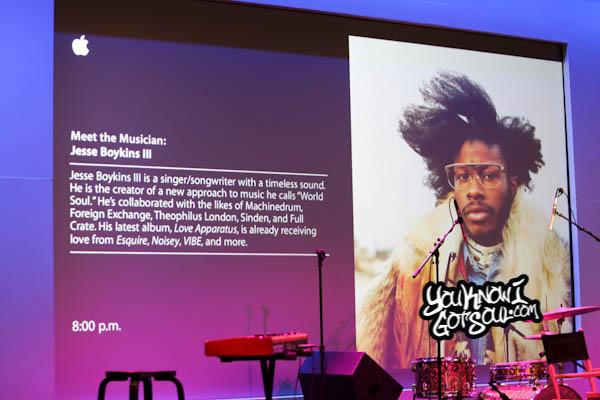 Two young socialites Francheska Medina (a.k.a. HeyFranHey) and Maya Washington (a.k.a. Shameless Maya) took the stage to moderate a conversation with Jesse Boykins III at the Apple Store in Soho last Friday. A crowd of fans amassed well before the scheduled start time to hear the interview with the R&B/soul singer and songwriter about his Love Apparatus album.

Hey Fran Hey and Shameless Maya began the discussion by prompting Boykins to share the story behind the female voices that appear throughout the album. He explained how obtained those clips from conducting interviews with 300 women from around the world, aged 17-65, on varying subject matters including love and relationships. He added that the songs on his latest release, Love Apparatus, were mostly composed through free-writing with an intent to cover certain subject matters.

He delved into sharing his feelings on the importance of being fearless, free and open. He acknowledged that although he pays attention to current trends in music, he doesn’t aim to follow them. His desire to be continuously relevant through being unique to himself and speaking on timeless subject matters was evident. He believes if that if you do something ‘of the moment’ there’s a lower likelihood of it becoming timeless.

The interview portion closed with a few questions posed by fans in the audience. He shared how his inspirations as an artist come from everywhere, and his influences include the likes of William Shakespeare, Spike Lee, Bob Marley and Jean-Michel Basquiat. A fondness for gold and minerals was revealed as a fan pointed out that his attire seems to be always adorned with gold.

After a very brief delay, Boykins energetically returned to the stage and performed six songs, including five off Love Apparatus (“Greyscale”, “B4 The Night Is Thru”, “4 U 2 Be Free”, “Wonder Years” and “Plain”). A live band backed the singer as he passionately sung and fluidly danced on stage. The crowd engaged with him, and let loose during his performance of his featured single, “Plain.”

The intimate setting and format of the event allowed for fans to get a sense of the artist and gather a few bits of the singer’s philosophies on life, freedom, love and happiness.

Writeup by Tara Scudder of PeaceLuvHarmoni.com 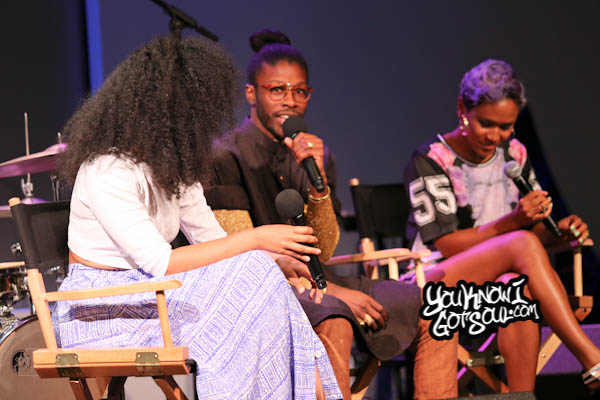 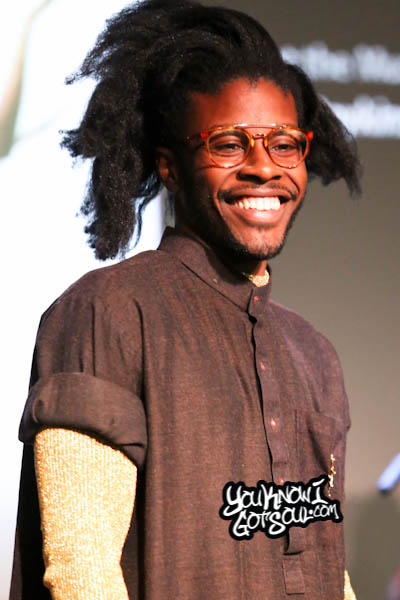 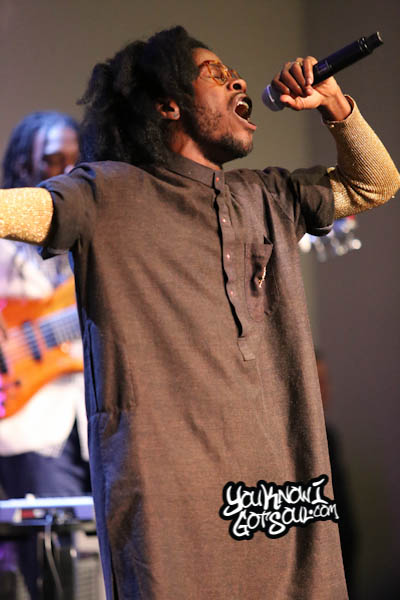 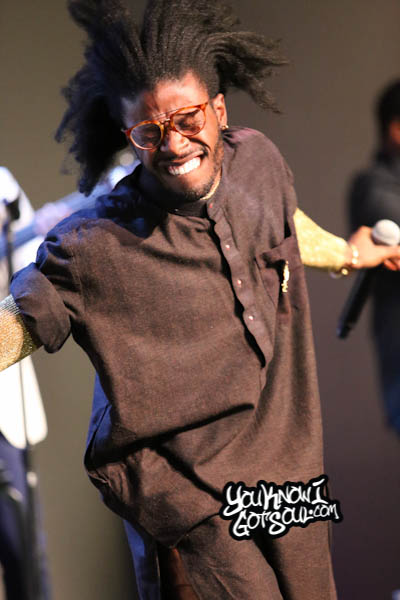 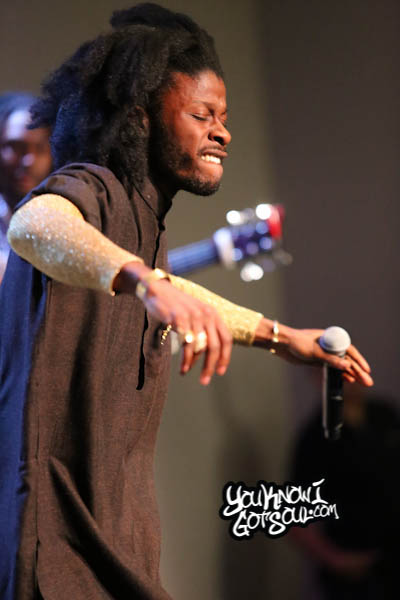 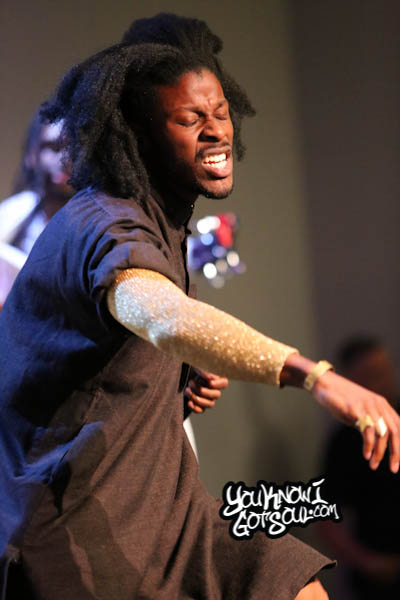 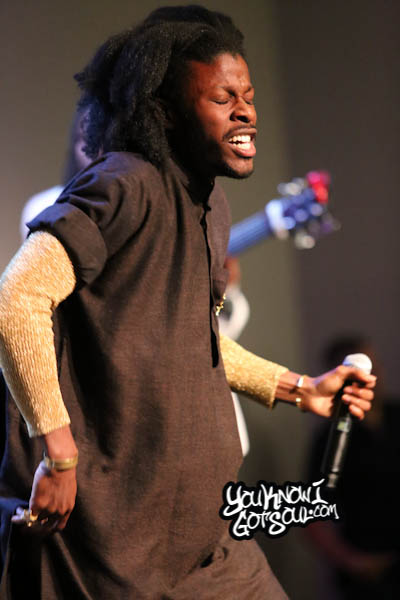 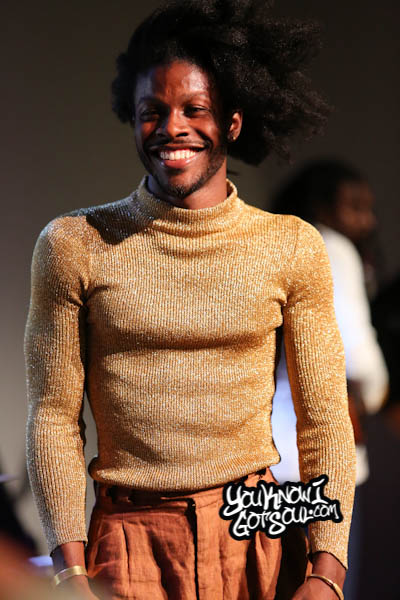