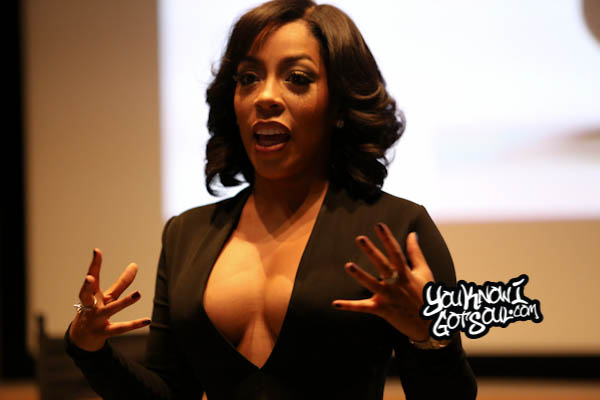 On the day that K. Michelle revealed her new album “Anybody Wanna Buy a Heart?” would release on December 9th, Atlantic Records hosted a listening event and screening of her upcoming reality show “My Life”. Press and tastemakers in attendance were treated to Myx Fusions Moscato while hors d’oeuvres were brought around the room. Guests were then shown the first episode of her upcoming reality show “My Life” which is set to air on VH1. Based on the clip, the show is centered around her move to NYC and all of the drama that surrounds her crazy life. We witness heated confrontations with her friends as well as K. Michelle being her goofy, fun loving self. All in all, it looks to be very entertaining just as K is if you’ve ever got a taste of her.

Next up, attendees were treated to selections from the upcoming “Anybody Wanna Buy a Heart?” (#AWBAH) album as K. Michelle introduced the meaning behind each. Here is what we heard:

“Love Em All” – the first single, and one which K said has been a slow grind at radio because it’s trending towards pop. However, she’s not afraid of being placed in a box and hopes to break boundaries with this. It sets the tone for the diverse sounds of the rest of the album.

“Goin Under” – This song was produced by Oak and Pop and the mid tempo cut is most reminiscent of something they created for her debut album “Rebellious Soul”.

“How Do You Know” – This is a straight up piano ballad, something we haven’t heard from her yet. She said she really just wanted to sing away on this one and showcase her vocals.

“Hard To Do” – K. Michelle said this song was inspired by Total’s “Kissing You”, and if you listen to the chorus, she kept those arrangements and flipped the lyrics around. Pretty dope.

“Maybe I Should Call” – She said this song is about what she’s been through over the past 9 months.

“God I Get It” – This is a country song, another big surprise, but should come as no shock since she’s said she was a country fan in the past.

On speaking on the diversity of sound on the album, she bluntly said: “I’m going to sing whatever the f*ck I want to sing, and sorry Atlantic Records you’re gonna have to find a place to put it”! Mind you, the heads of Atlantic were sitting in the back of the room. She also went to speak on how this whole album was inspired by the heartbreak she experienced from one person. She got teary eyed as she spoke about what it took to get to this point and ignore the hate she receives daily. K went on to say that she tells her exes if she can’t write a song about them, she doesn’t want to date them; calling herself the black Taylor Swift! Also, album features were still being worked out and would be announced soon. The album is definitely one to look out for as it releases in December.

Shout out to special guest Raheem DeVaughn who made an appearance. 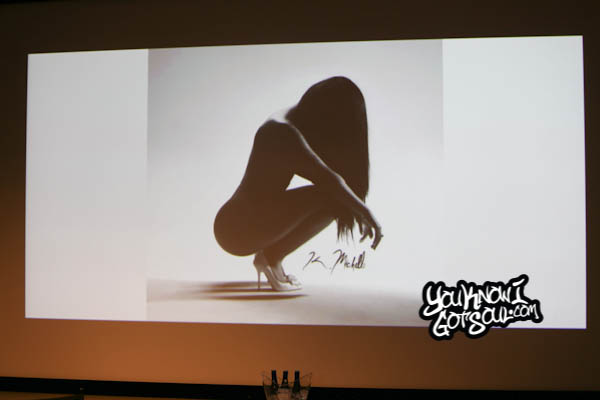 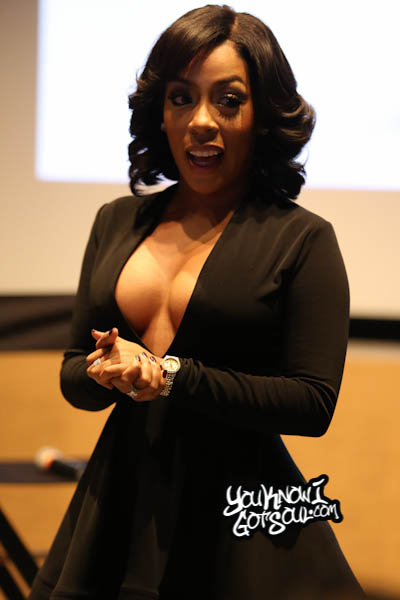 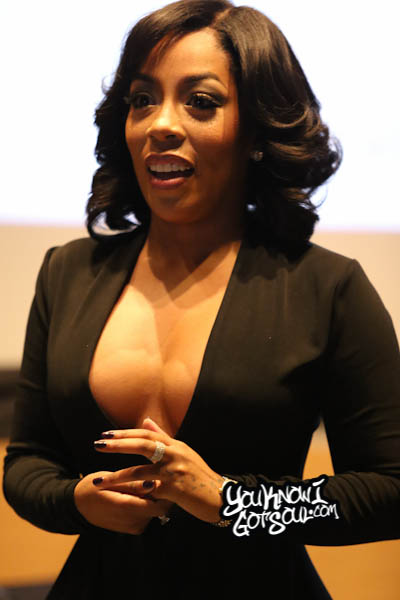 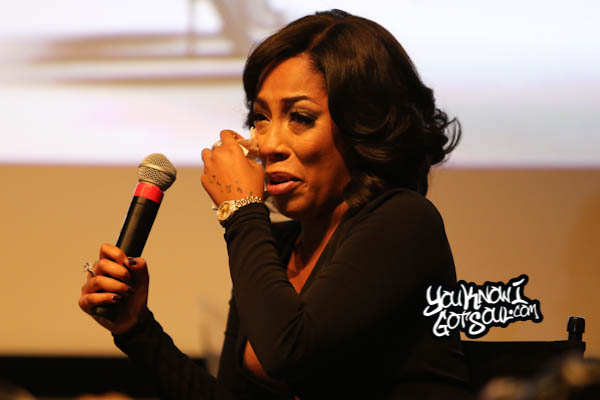 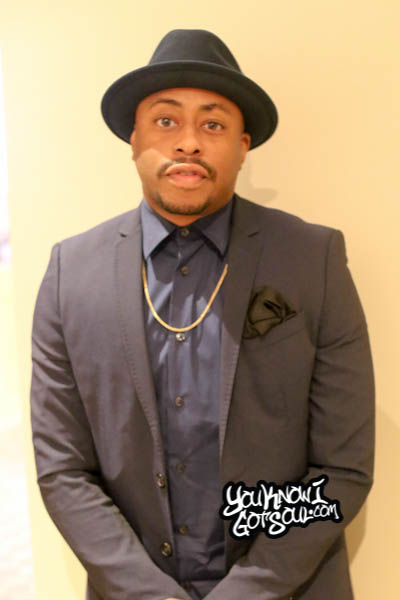