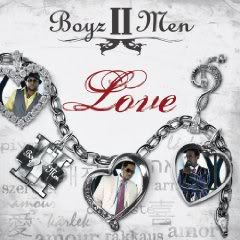 R&B legends Boyz II Men will be releasing their 9th studio album titled “Love” on November 17. This release will be a cover album comprised of “popular love songs of the past,” and their 3rd cover album overall. The album (available 11/24) was produced by Randy Jackson and also features a duet with Michael Buble. Their management contacted me to spread some promotional material for the album, and I quickly agreed because I support Boyz II Men and all of their projects.