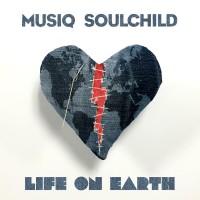 March is coming to a close, the third month in what has been a pretty strong year for r&b so far, and it left us with some pretty good releases. The month saw new albums from Jaheim, Silk, K. Michelle, and Anthony Hamilton.

Now we turn our attention to April, and even though there are only two albums scheduled to release, both should prove to be quality projects.

Musiq Soulchild is releasing his first album since leaving Atlantic Records and first since 2011’s “MusiqInTheMagiq”. He linked up with producer Warryn Campbell to release this album on his My Block Inc label, and it’s led by the first single “I Do”.

Former R&B Divas star Keke Wyatt is gearing up for the release of her latest album “Rated Love” this month. The first single “Sexy Song” is out now.