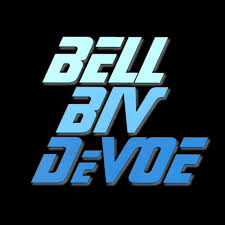 We recently caught up with Ronnie DeVoe of the legendary groups Bell Biv DeVoe and New Edition for an interview. During our conversation, he talked about the Garage Concert Series that BBD is putting together for charity, the 30th Anniversary of the group’s “Poison” album, how quarantine is impacting his career, potential new music for BBD and New Edition, and more.

YouKnowIGotSoul: Talk about the Concert Garage Series event that Bell Biv DeVoe has coming up with Jagged Edge as the special guest.

Ronnie DeVoe: Bell Biv DeVoe will finally get the chance to blast off and do our version of what everybody has been doing, trying to figure this thing out, how do we adapt and navigate where we are in these days and times. Lives are being lost and we are trying to figure out how to do our fair share. BBD Cares is something that has been near and dear to our hearts forever as far as the music industry is concerned. Just giving back in different ways through the years. We felt now is the time to move this thing forward as a real organization and foundation and considering all of the needs from Covid-19. It jumps off with Bell Biv DeVoe and Jagged Edge. Some of the biggest bands out there started off in the garage. You couldn’t dance on the hardwood floor inside the house! You had to go to the garage and pick up the guitar or drums or what have you. We just felt like we’d have a little bit of elbow room, since we can’t do it right there from the bedroom or living room. We can damn sure do it from the garage and give back from the same time.

YouKnowIGotSoul: What plans do you have for the future of the series?

Ronnie DeVoe: You’ve got to stay tuned to find out! Yes, the list of individuals that we’re talking to right now that just want to be able to get back out there and do what they love to do, but not in the capacity you feel restricted. BBD and Jagged Edge is jumpin it off, and two weeks from now we’ll have another edition. We’ll keep moving from there. It’s all for a give back. It will be an hour and a half almost two hours. 25 minute performances with each act, one on one time as far as Q&A, and answer questions and vibe with people after the fact.

YouKnowIGotSoul: How tough is it for you during this quarantine. You live on the road as part of BBD and New Edition. It must be taking a huge toll on your livelihood.

Ronnie DeVoe: Listen man it’s real! A lot of times when something happens to the economy, the entertainment industry is one of the only things that thrives. You have alcohol and tobacco and some of those things, because people are turning to vices and entertainment to have some sense of normal. Now, that’s stripped from us. We had money on the table in March, April and May that’s no longer there. And June, July, August, September, the rest of the year as the 30th Anniversary of “Poison” was spelled out in such an amazing way. BBD and New Kids on the Block are supposed to perform at Fenway Park, we’re trying to find out if that is going to happen in September. There are so many different changes that have happened. That’s what the Garage Series was birthed out of. That instinct to try to figure out how to adapt to the situation and reach our people and do some good at the same time.

YouKnowIGotSoul: Talk about the 30th Anniversary of the “Poison” album. What do you remember about creating it?

Ronnie DeVoe: Just the energy. Los Angeles, California, just the unexpected underdogs, feeling like the fruit doesn’t fall too far from the tree. Looking at our brother Bobby Brown, who we went on tour with, the Heartbreak tour with Al B. Sure, just watching the monster that he became, in a good way. Feeling like if Bobby can do it, we can do it as well, there is no expectation, it’s almost like what’s the other three guys in New Edition going to do. We just felt like once we heard “Poison” and a couple of other songs, initially they wanted us to be a little bit more R&B like New Edition. We felt like nah, it’s time for us to do a different version of New Edition. We started with a couple of R&B joints including “Smile Again” and “I Do Need You”, they made the cut. Then we moved in another direction with Hank Shocklee. I knew when I first heard the snares of “Poison”, we were going to be alright! 30 years later they are still banging it. You can go to the 50+ club which I’m a part of, and “Poison” is still banging. You can go to the 18+ spot, and “Poison” is banging just as loud! It’s amazing to have almost a life preserver when you’re feeling like your ship is sinking in 1989 as far as New Edition. That was the vibe back then, and that’s still the vibe to this day.

YouKnowIGotSoul: Sometimes it feels like your contributions are overlooked in favor of some of the other members. Talk about your input to the creative process.

Ronnie DeVoe: There’s got to be a middle ground that kind of keeps everything together. When you have extremes in life, there has to be some kind of glue. Although I might not be the lead at times, I’m going to step out when “Do Me” comes on. That’s a major part of New Edition’s success. I’m going to handle my business when “Poison” comes on. In the middle of it, when it’s time for us to rock, Ron is always in the middle of bringing that together. It’s been a thing that was meant to happen. I can touch Ralph, I can touch Bobby, I can touch Johnny, I can touch Mike, I can touch Ricky. They all understand. The way it goes is if Ron is in, I’m in, at the end of the day.

YouKnowIGotSoul: The last BBD album “Three Stripes” was back in 2017. What’s the future looking like for new music from BBD?

Ronnie DeVoe: Hell to the yeah! It’s crazy because my computer went dead right before the pandemic! So I have the Pro Tools and I’ve even got DJ equipment downstairs. But my computer went dead right before that. So who would have thought I’d be stripped from the chance to go to a store and shop! So finally I went and got another computer about a week ago, so I’m plugged in. We’re all plugged in for that matter. New music, that’s the way we are going to be able to survive right now. You’ve got to deliver that type of content for people until we can begin to gather again. I was talking to Ricky and Mike the other day, and I suggested The Lost Tapes. Bell Biv DeVoe has probably 40 songs that people haven’t heard yet at all. Imagine just reviving and delivering some of the lost files. Something like that. And new music on top of that as well, but I think we’re in a day and age when it’s like a peek into the window into what it’s really going on behind the scenes. I think some of the stuff we’re looking at doing would be perfect to roll out right now. People are looking for different and new content. Even footage from back in the day. I was always the one with the camera! I’m looking at old hard drives and pulling out pictures.

YouKnowIGotSoul: How have Bell Biv DeVoe and New Edition been able to maintain their legacies to the point they are just as big as they were from when they first came out?

Ronnie DeVoe: Honestly, when people ask me that, I look to something we did a whole lot of before the light was shined on us. That is rehearse. To be entertainers. Two hours, five times a week, sometimes three hours after homework was done. For three or four years before “Candy Girl” came out, honing our craft. How did we get in front of the young girls and figure out how to make them scream. I think that right there, the entertainment value that we give to people. When they heard “Candy Girl”, but then you see the performance. Without a record on the radio, it’s not like we drop albums every year, which is what they do nowadays. People come to support because they know they will get their moneys worth and take them back to a time when music felt good and they can identify with different experiences and all of the above. I think that performance value and everything that we’ve poured into ourselves allowed us to stand the test of time. That allowed us to have the New Edition story and break records with 30 million viewers. Now everybody wants to do some type of story as far as their livelihood. Not to say we were the first, but it was very successful. People genuinely understand we were born into this. We put in the work, some real work!

YouKnowIGotSoul: What’s next for New Edition? Will there ever be another album?

Ronnie DeVoe: C’mon!! I wish I could say some of the things that were in the pipeline for 2020 man. The light just got turned out on everybody. New Edition is talking again. There were things in place that of course we all have to pump the brakes on. The good thing is we’re talking and at some point, it’s going to get to new music, to really what people want to see which is us performing on stage performing those classics. We’re in a great place as a group, and there will definitely be more, God willing. We are all still healthy and still here. We’re going to keep our fingers crossed and get back to it when God permits. It was about to go down!! 2020! We were celebrating on both sides of the fence, New Edition and BBD. We will weather the storm and get back in 2021.