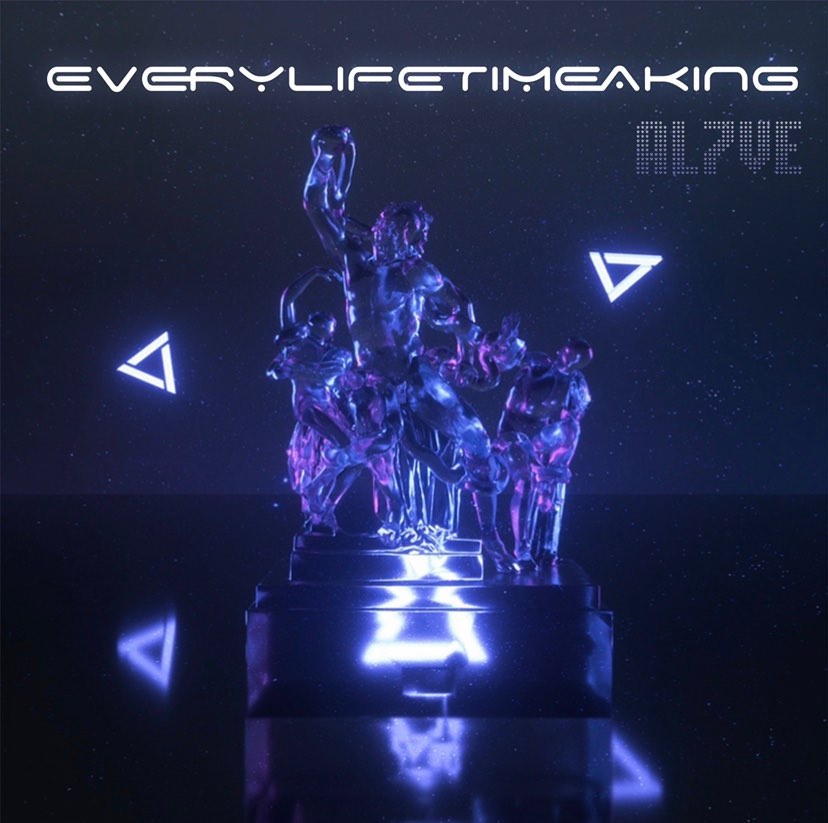 It’s one thing to have a hit record on the radio, but it’s certainly another to dominate the charts for a period of time. Seven aka EveryLifetimeaKing (formerly 7 Aurelius) had a serious run in the early 2000’s stringing hits for Ja Rule (“Always On Time”), Ashanti (“Foolish”) and Jennifer Lopez (“I’m Real”) as he was a key player in creating the Murder Inc sound with Irv Gotti. However many may not realize that he’s done a lot outside of Murder Inc for artists like Tamia (“Officially Missing You”), 2Pac (“Thugz Mansion (Remix)”) and most recently Kanye West on “Brothers” and “Violent Crimes”. As Seven prepares for his new solo project “AL7VE”, the Grammy award winning producer spoke to YouKnowIGotSoul about the chart success he had with Murder Inc as well as his creative process in the studio.

YouKnowIGotSoul: What was the creative process for Ashanti’s debut album?

Seven: Irv Gotti guilt tripped me into working on Ashanti. I was working on major artists like Jennifer Lopez and Mariah Carey. Irv said “You’re going to be pissed when she blows up and you’re not on it”. I still didn’t see it enough to dive into it. Irv asked me to do a song for Craig David, a UK act who was big at the time. A few days later, Irv said “I want to play you something” and it was Ashanti singing over the track I did for Craig David. That record was “Foolish” and it was a no brainer from that moment on. I was laser focused on doing every song on her album.

YouKnowIGotSoul: Talk about your work with Ashanti and how you evolved her sound especially with the darker sounds on the “Concrete Rose” album.

Seven: Chapter II was all Irv Gotti and Chink Santana. I left Murder Inc for a few years, inked my own label deal and moved to Miami. That was during that time period. Sometime after Ashanti’s second album was released, Irv and I started speaking again. During the Murder Inc hiatus, Lenny Kravitz was my neighbor and Scott Stapp from the Christian rock group Creed was my roommate, so I was heavy into the rock vibe during that time. I flew to New York to mix a song I wrote and produced for Mel Gibson’s “Passion of Christ” movie on a song called “Relearn love”. I was in old Hit Factory and turned one of the vocal booths into a production room so I could get out new ideas I had for Ashanti at the same time while I mixed. I called Irv and said “Yo, I have a sick rock song for Ashanti, I need the drums from Ja Rule’s song ‘Clap Back’. Send the reels over to the Hit Factory”. He did and I flipped the drums and asked Irv to set up an Ashanti session at Jimi Hendrix’s Electric Lady studio. Irv hadn’t heard it yet, but I was gassing him like “Yo trust me!”. He and Ashanti met me at the studio and I played the beat for “Only U” on the mains. Both of their expressions were like “Wow”. Irv said play it again and we listened to it like four more times. Irv said “Yo, that’s a smash Sev but what do we do over it?”. I told Ashanti “Think of it like the anatomy of a rose. You have the thorny stem and then the delicate rose on top. Don’t come hard like the beat, be the rose on top”. I have five new Ashanti songs lock and loaded for “Concrete Rose II”. All she has to do is hit me.

YouKnowIGotSoul: Talk about your creative process in the studio because you’ve been able to tap into so many different sounds.

Seven: I’ve always seen music as portals to different places. I love great music. I always set out to create new places for my fans to go experience with me. Growing up listening to Prince, Stevie Wonder and Michael Jackson, none of their records sounded the same and I appreciated that. I could always count on a new experience. So I don’t repeat myself. I could have made a lot more money had I repeated myself because that is the first thing record executives and A&R ask. It’s like “No man, that’s not how it works”. My angels gave me “Only U” for Ashanti, so let me make you something new.

YouKnowIGotSoul: What do you think made that Murder Inc run so unstoppable? It was like four years full of number one hits.

Seven: I used to joke with Irv and say “Me and you are like Jordan and Pippen. You’re doing a great job Scottie”. We would laugh but in reality, he was Jordan because he wore so many hats. He was born to be a record executive. He knew how to bring people together and get the best out of them. Ja Rule and Ashanti were great, Chink Santana was awesome and then you had the man, the myth, B.J. giving incredible game, good energy and insight. I was able to be whatever and whoever I wanted to be and they accepted me with open arms. It didn’t hurt that I was also the goose that laid golden eggs. It was a moment, the planets were just aligned and it happened. All of our dreams came true.

YouKnowIGotSoul: Your sound is very electic and some people may not get it right away. Was it tough to get labels to believe in your sound?

Seven: Labels believe in money. My sound was the engine behind hundreds of millions of dollars for Def Jam, so it wasn’t a stretch to pay $250k for one song. It was challenging at first after Irv and I split, because he was the one closing the deals. That was his thing, but it all worked out. People expect me to come with new flavor. My catalog has made it easy for me to place a wide range of styles in a way that’s authentic.

YouKnowIGotSoul: Your work with Nicole Wray was on a different level sonically. Take me through that era for yourself musically.

Seven: Lady Wray is a rare breed of talent. We just got each other. Dame Dash introduced us. It was really easy to write with her because everything she sang sounded so good to me. I was like “This girl needs a classic sound to match her classic voice” so I thought about several amazing black albums and groups that I would use to make the her record. Soul II Soul, Lauryn Hill, Loose Ends and a few others. We recorded half at old Chung King studios and finished at Sony studios. I have a great deal of respect for Lady Wray and always will. She’s the truth.

YouKnowIGotSoul: Talk about creating that singing/rap blueprint with Ja Rule that we see in Hip Hop today.

Seven: Ja was a different person back then. We all were. I just remember feeling at one point like nothing could stop us. He was on fire and so was I. Our sessions usually consisted of street dudes shooting dice in the studio and a parade of beautiful woman falling through. Irv, Ja and B.J. would be laughing and it was just a feel good time in our lives. When I said “The beat is ready, the dice game would move outside the control room and Ja would hit the booth”. Irv always was there bringing that extra level of fire out of Ja and it always ended with a smash record. That’s just how it was. Good times.